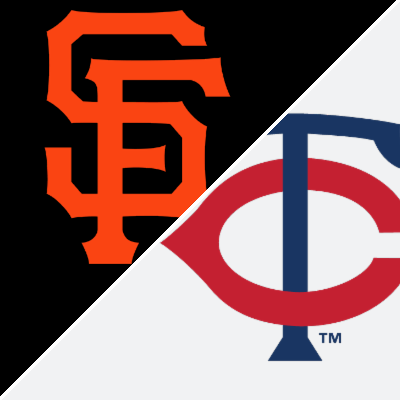 MINNEAPOLIS — Jake Cave homered, doubled and drove in four runs as the Minnesota Twins beat the San Francisco Giants 8-3 to end a three-game sweep on Sunday.

Cave gave the Twins a 3-2 lead with his second home run of the season in the fourth inning. He added a two-run double in the fifth to cap a five-run rally that put Minnesota on top for good.

Cave tied Saturday night’s game with a two-out single in the ninth before the Twins won in the 10th. The backup outfielder was pulled from the minors in early August and is seeing more playing time with All-Star center fielder Byron Buxton on the disabled list. But he said he is ready to play whatever role manager Rocco Baldelli has in mind for him.

“If I get a chance to start, awesome, I love it,” Cave said. “If I have to come off the bench and help somebody, then I love that too.”

The Twins outscored the Giants 20-5 in the series and have won three in a row after a six-game losing streak that knocked them out of first place in the AL Central. Sunday’s win moved Minnesota within two games of first-place Cleveland, which was shut out at Seattle.

“I would say that this is probably one of our best series of the year. I don’t know any other way to sum it up,” Baldelli said. “The last three games are the three best games you can expect a team to play. Whether we’re generating runs or playing close ball games, staying in the game, pitchers coming in and doing their job, complete baseball. Is that what you want.”

Devin Smeltzer (5-2) got his first victory since June 23, when he was part of Minnesota’s rotation. Smeltzer pitched 2 2/3 scoreless innings in relief of starter Aaron Sanchez.

Michael Fulmer and Jorge López each pitched a perfect inning to end it.

Giants starter Jakob Junis (4-4) allowed six earned runs and nine hits in 4 1/3 innings. The departure capped off a difficult month for Junis, who went 0-2 with a 7.13 ERA in five August starts.

Brandon Crawford had three singles and drove in a run for the Giants, who have lost eight of 10 and snapped a 2-6 road stretch.

“He’s not good enough, he’s not up to anybody in the standards of this clubhouse,” said manager Gabe Kapler, whose team is 7 1/2 games out of the final wild-card spot in the NL. “We have to come home and keep our heads down, keep grinding, keep working every day and understand there’s still time. And really fight and scratch and scratch to stay in this.”

The lead changed hands five times before the Twins opened it up in the fifth. Max Kepler, Jose Miranda and Gio Urshela each had an RBI double before Cave drove in two more with another double.

Carlos Correa went 2-for-4 with a double and an RBI for Minnesota. He was 8-for-12 with two runs and four RBIs in the series. The star shortstop hasn’t delivered the big numbers some were hoping for when he signed the biggest free-agent deal in team history in March. But Baldelli sees signs that Correa is warming up at the right time.

“Carlos is very closeted right now. I think he’s taking control of at-bats when he walks up to the plate,” Baldelli said. “I think he knows what he’s trying to do and he’s just doing it. He is doing it over and over again. When you get consistently good at-bats like that, you know it’s all coming together in a really nice way.”

Giants: 3B Evan Longoria left in the fifth with a tight right hamstring. He said he modified it as he doubled in the top of the inning. “I hope it’s nothing serious,” Longoria added. “I do not think it is”.

Twins: 2B Jorge Polanco (knee) remained sidelined after he was pulled from Saturday’s game with patellar tendinitis.

Twins: RHP Dylan Bundy (7-6, 4.56) takes the mound Monday as Minnesota opens a three-game series with the Red Sox at Target Field. In their first meeting this season, Bundy allowed one run in 5 1/3 innings on April 18 as the Twins won 8-3 at Boston.