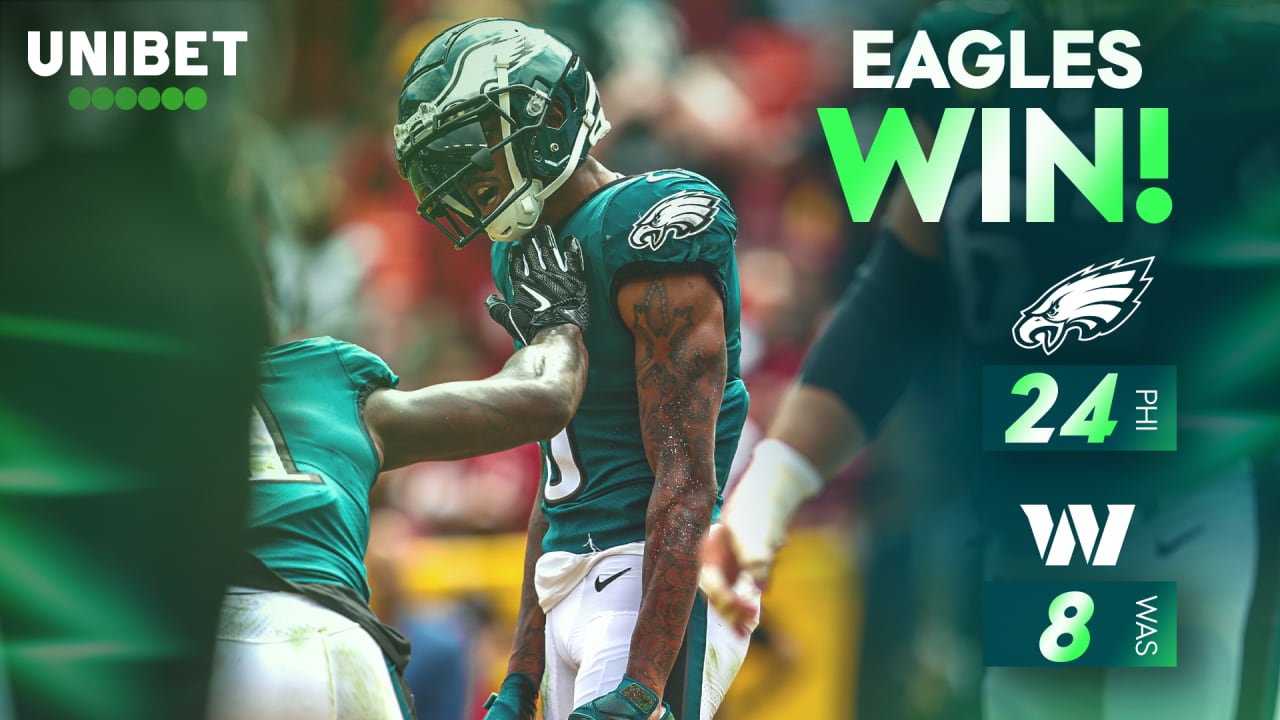 • Hurts attempted a pass in the end zone to Smith to open the second quarter, but cornerback Benjamin St. Juste blocked it, his third deflection of the game. Kicker Jake Elliott made a 32-yard field goal for the Eagles’ first points of the game.

• Another possession by Commanders, another capture by Eagles. Graham dropped Wentz a second time and caused a fumble: Javon Hargrave stayed alert and recovered the ball at the Washington 24-yard line. he entered the end zone for 23 yards. The score marked Goedert’s first of the season.

• The Eagles tried it on fourth-and-1 from the Washington 8-yard line with 7:11 remaining in the first half. Hurts passed the ball to Zach Pascal to no avail.

The Commanders took over at their own 9-yard line after turnovers on opportunities. The defense kept up the pressure when coach Nick Sirianni’s prediction came true: Reddick sacked Wentz on third down to end the series.

“(Reddick is) close to having a big game,” Sirianni said Friday.

“That’s my experience with defensive ends sometimes, is maybe they’re quiet for a couple of weeks in terms of the number of hits they give the quarterback or the pressures or the number of sacks. Then boom, like this , he can change like that. I still think he’s close to having a breakout game, which means he’s getting some of the pressure we want on the quarterback.”

• And a great game he had. Reddick’s play set up a scoring possession for the Eagles; Hurts seized the opportunity, completing a 9-yard touchdown pass to AJ Brown. The score marks Brown’s first as an Eagle and the 25th of his career. The Eagles increased their lead to 17-0 with 2:49 remaining in the first half.

• A DeVonta Smith touchdown put the Eagles ahead! The team improved to 24-0 to close out the half after an explosive 11-play, 88-yard final drive, highlighted by a 44-yard reception by Smith.

Smith surpassed his career high for receiving yards in just two quarters: he had seven receptions for 156 yards and a touchdown in the first half alone. Smith logged more than TRIPLE the amount of offense than Commanders’ entire offense; they recorded just 50 yards in that same span.