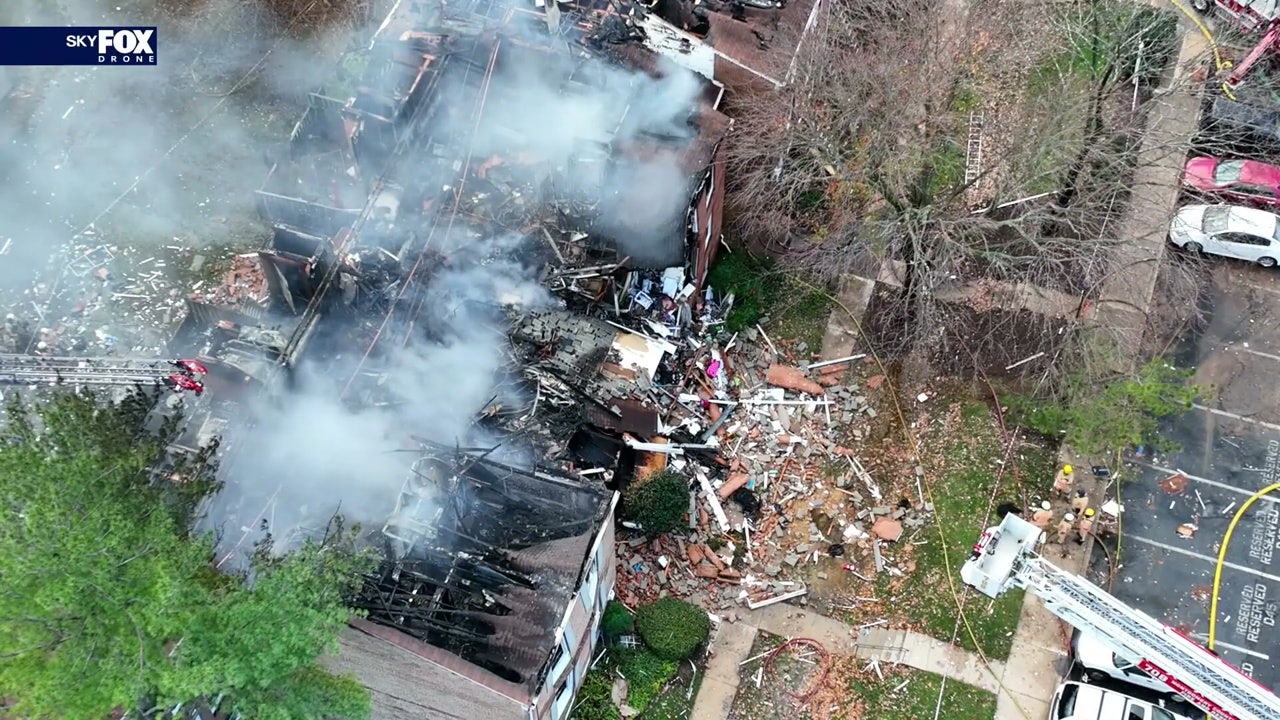 Thanksgiving marks a week and a day since the Gaithersburg explosion injured 14 people and displaced dozens more. The various displaced families may need further help and assistance.

WASHINGTON – During this time of giving, there are concerns that more help is needed for the several families displaced in a massive fire and explosion at a Gaithersburg apartment last week.

FOX 5 reconnected with one of the survivors before he sat down for Thanksgiving this year. Dinner.

“I usually do it at my house, so it’s a little weird going to someone else’s house this year,” said Sequoia Royster, 28, a Montgomery County mother who broke through walls to escape with her children of 9 and 3 years. -old sons last week after an explosion and fire destroyed several buildings at Potomac Oaks Condominiums on Quince Orchard Boulevard.

Royster was renting an apartment there with his brother and described the walls shaking with parts of the ceiling falling off before he heard a loud “boom”. The days since have been anything but easy.

Thanksgiving marks a week and a day since the Gaithersburg explosion injured 14 people and displaced dozens more. Montgomery County police ruled that the explosion was the result of a suicide. Arson investigators are still reviewing how exactly the suspect in this investigation was able to cause so much damage.

“I’ve been running around trying to get my license replaced. Finding out where my mail is going now and having to replace birth certificates and security cards, everything,” said Royster, who tells FOX 5 that he spent $200 just to replace the keys to a rental car that was lost in the explosion.

This week, the 25 families receiving assistance from the Maryland Housing Partnership received a check for $1,000 each, thanks to donations raised from the community. Other organizations and nonprofits contributed, but more help may still be needed.

“Especially with the holidays coming up, I know with inflation, everyone feels like times are tough, but the great thing about this fund is that the funds go to the family,” said Patrick Campbell of the Maryland Housing Partnership.

In a Thanksgiving Zoom interview, Campbell thanked everyone who has donated so far. He tells FOX 5 that in about 8 days about $100,000 has been raised to help displaced families.

Looking back at previous reports, that’s less than the nearly $500,000 raised in a similar time period after the Lyttonsville, Friendly Garden apartment explosion in March. In all, Campbell says more than $700,000 was raised to help those families for a few months.

“Sometimes we can think of money as monetary, but the thing about money is that it eliminates other problems and challenges, and that very night we made people cry because they felt relief. You know, they can afford things. They… people care about them,” Campbell said.

Different families have different insurance policies and different needs. Royster and his children lost everything. Now his next hurdle is finding a place to live.

Royster tells FOX 5 that the five families staying in hotels will have to leave by November 30.

“Very hectic, because you have to replace everything. You still don’t have certain things, and you still don’t know where you’re really going,” she said, “you just take it and run with it.”

“I am grateful to be alive. That’s all I can say at the moment,” added the mother of two.

Some of the individual families created their own GoFundMe accounts. FOX 5 is told there are no fees: 100% of the funds raised on the Maryland Housing Partnership’s fundraising page will go to affected families. Checks will be distributed in streams instead of all at once.

Below are the fundraising accounts shared on GoFundMe: