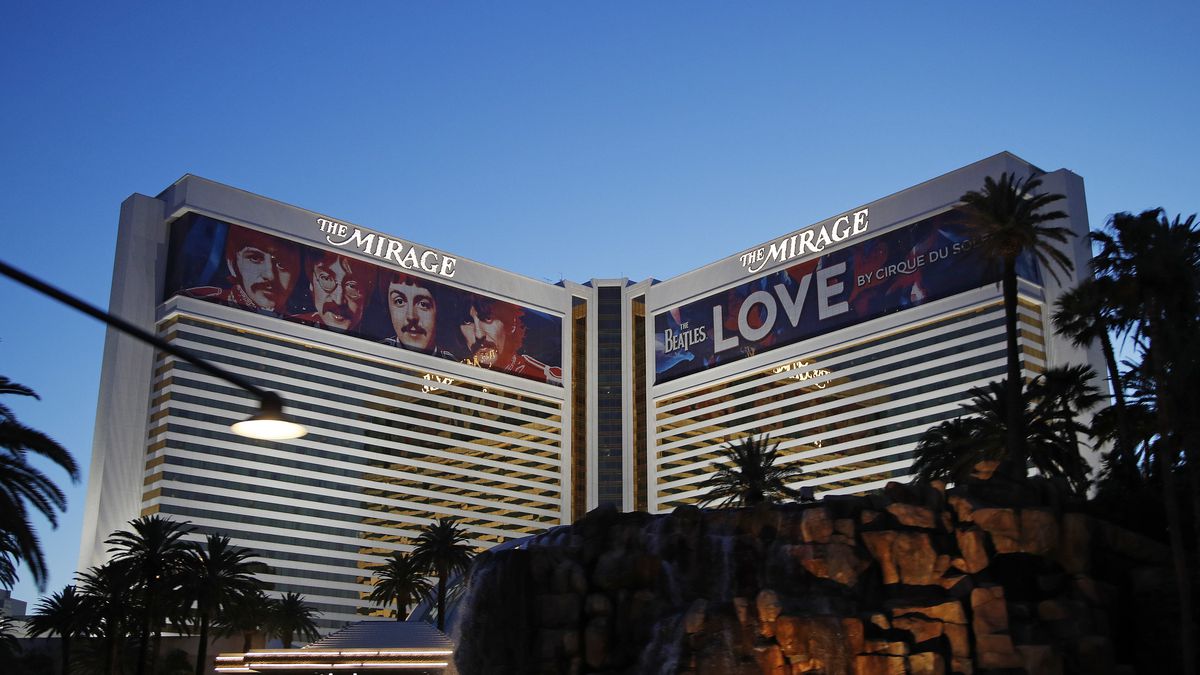 Florida-based Hard Rock International, owned by the Seminole tribe, said it plans to redevelop the property in the center of the glittering Las Vegas Boulevard casino corridor by replacing its volcanic attraction with a massive guitar-shaped hotel tower.

Company president Jim Allen said in a statement that the property’s 3,500 employees were absorbed Monday into Hard Rock’s 45,000-member workforce. The company has coffee shops, hotels, casinos, and concert properties around the world.

“We are excited to create an integrated resort on the Strip that will do this legendary entertainment community proud,” Allen said. The statement specified that there were no immediate plans to close The Mirage or lay off employees.

Hard Rock and MGM Resorts announced plans for the operational acquisition a year ago. The deal was made official after approval by the Nevada Gaming Commission at a special meeting on Friday.

“We are delighted to welcome Hard Rock to the neighborhood and wish them all the best,” Bill Hornbuckle, CEO and Chairman of casino giant MGM Resorts International, said in a statement.

The more than 3,000-room hotel on 80 acres (32 hectares) becomes the first on the Las Vegas Strip to be run by a Native American tribe.

East of the Strip, the Connecticut-based Mohegan Tribe operates a casino that opened in 2021 at Virgin Hotels Las Vegas after that property, called the Hard Rock Hotel & Casino, was purchased in 2018, renovated and rebranded by Virgin.

West of the Strip, an affiliate of the California-based San Manuel Band of Mission Indians, owns and operates The Palms.

Seminole-owned Hard Rock International had no prior involvement with the former Hard Rock Hotel & Casino that operated from 1995 to 2020. It purchased the license and naming rights in May 2020. The Mirage redevelopment plan is projected to be extend to 2023. Costs have not been disclosed.

Daily operations “will continue under The Mirage brand for the foreseeable future, and all room reservations and group reservations will be honored without any action required by guests or group organizers,” the company said.

“The process… will ultimately dramatically reimagine every aspect of the resort and change the Las Vegas skyline with the addition of a guitar-shaped hotel tower,” the company promised.

Sign up for our free Business by the Bay newsletter

We’ll break down the latest business and consumer news and insights you need to know every Wednesday.

You are all registered!

Want to get more of our free weekly newsletters delivered to your inbox? Let us begin.

Explore all your options

The sale marks the end of an era for a Polynesian-themed property built by former casino mogul Steve Wynn and credited with helping transform Las Vegas from a gambling hub to an ultra-luxury resort destination with broader appeal.

It opened in November 1989, with a volcano on the side of the sidewalk spewing fire years before the gondoliers began plying the canals at the Venetian and the fountains began dancing at the Bellagio. For years, The Mirage hosted Siegfried & Roy taming white tigers. It is still home to a Cirque du Soleil show set to a Beatles soundtrack.

The change of hands is one of several involving well-known properties on Las Vegas Boulevard. Rhode Island-based Bally’s Corp. completed its acquisition of the Tropicana Las Vegas hotel and casino in September. Bally’s Corp. does not own Bally’s Las Vegas on the Strip.

Caesars Entertainment Inc., which owns Bally’s Las Vegas, is renaming the 2,800-room property the Horseshoe Las Vegas. That’s based on a name made famous in a downtown card room that hosted the first World Series of Poker.