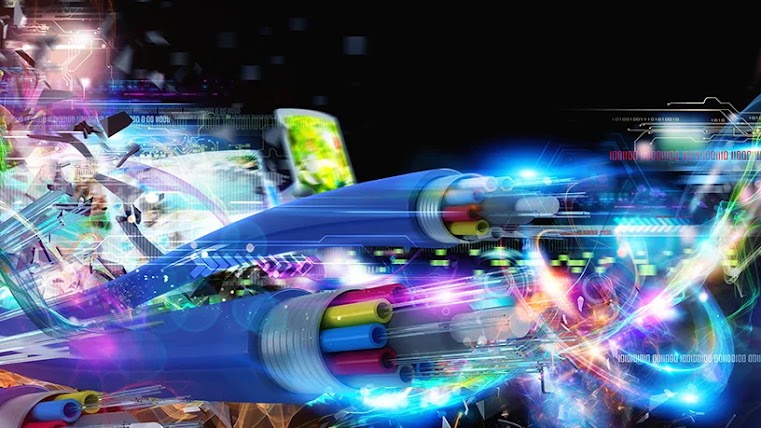 South Africa’s fixed-broadband speeds have more than doubled in the last three years, driven by increased competition in the market and growth in fiber-to-the-home (FTTH) subscriptions.

This is according to US-based broadband testing diagnostics company Ookla in its latest Speedtest global index, which looked at the performance of fixed broadband in SA.

The broadband testing diagnostic company says the Speedtest Global Index rankings are based on average download speed to better reflect the speeds a user is likely to achieve in a market.

Comparatively, the report shows that SA was ranked 112th in July 2019, with median fixed download and upload speeds of 9.95 Mbps and 5.56 Mbps, respectively.

“There are 17.4 million households in South Africa, and if we translate the total number of broadband subscriptions into household adoption, this equates to just 10% of South African households having fixed broadband as of September 2021.”

Referring to the General Household Survey, the report indicates that, on the one hand, this marks an improvement compared to 2020, when less than a tenth (8.3%) of households had access to fixed internet at home. .

On the other hand, however, there was, and is, an important division between the urban and the rural. “Fourteen percent of households in metropolitan areas had internet access at home compared to just 0.8% of rural households according to the same survey.”

By measuring how SA compares to nations in the BRICS [Brazil, Russia, India, and China] bloc of emerging economies, SA still has a long way to go to catch up with its counterparts, according to the report.

Comparing fixed download speeds across BRICS countries during the first and second quarters of 2022, the report shows that China topped the rankings in the top five emerging economies, with an average download speed of nearly 160 Mbps.

Meanwhile, South Africa finished last, indicating that the country still has room to grow in terms of fixed broadband performance and adoption.

“Although it took time, the good performance of Chile’s fixed broadband is due to a combination of a favorable regulatory environment and strong competition in the market. According to the Chilean regulator Subtel, 83% of fixed broadband connections comprise speeds of 100 Mbps thanks to a growing penetration of FFTH”.

Across the nine South African provinces, Gauteng had the best median fixed broadband upload and download speeds at 38.47 Mbps and 27.92 Mbps, respectively.

Northern Cape, on the other hand, South Africa’s largest but least populous province, had an average download speed three times lower than the country average of 31.34 Mbps.

Meanwhile, residents of Johannesburg, South Africa’s largest city and the capital of Gauteng province, had the fastest broadband.

The report notes that Johannesburg performed well in all five cities analyzed, in terms of median download and upload speeds.

Download speeds in Johannesburg ranged from 25.53 Mbps to 51.49 Mbps, while in Gqeberha (formerly Port Elizabeth) speeds were much lower, between 6.36 Mbps and 30.11 Mbps.

Fiber networks typically first reach wealthy and prosperous communities that present fertile ground for their services. For example, a northern suburb of Parkhurst in Johannesburg was fiber provider Vumatel’s first suburb, he says.

“However, operators also face issues related to infrastructure reliability and availability, such as load shedding (continuous power outages). Affordability is another issue that needs to be addressed.”