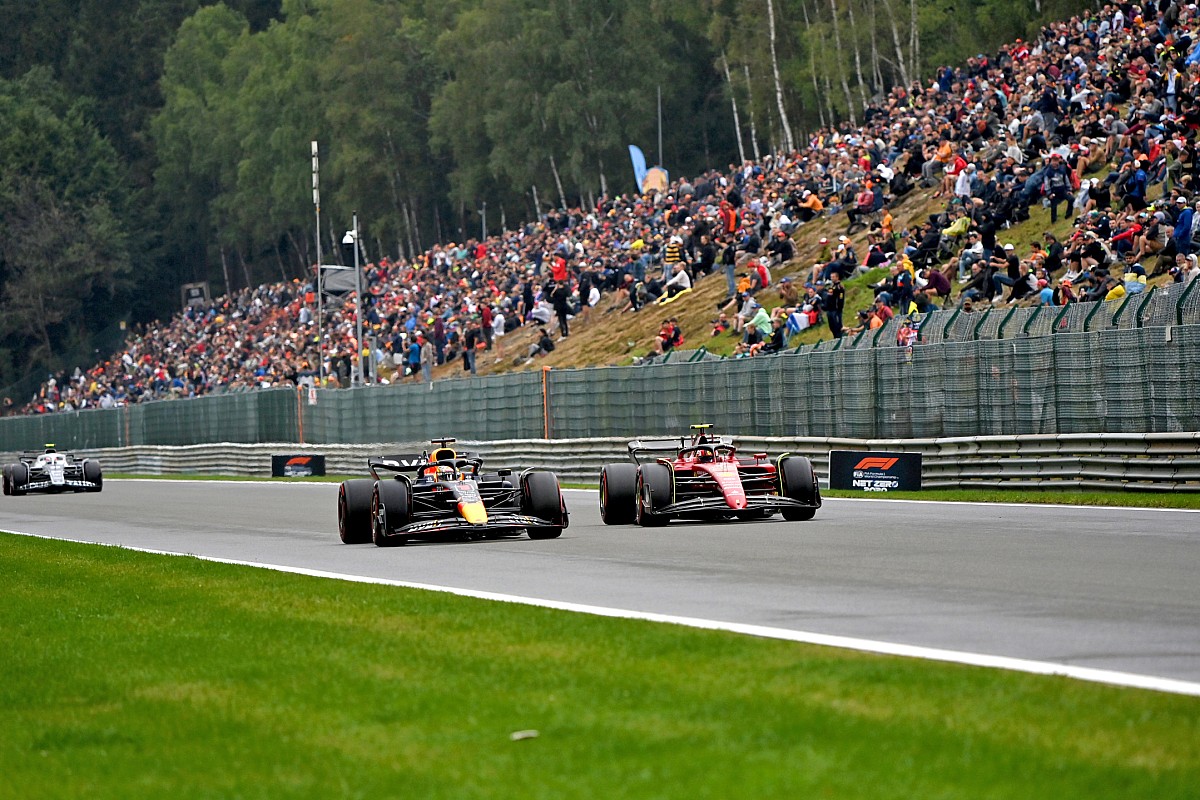 Red Bull’s Max Verstappen led Saturday’s qualifying by a wide margin, but will have to start the race from 15th on the grid due to a penalty for exceeding his power unit element allocation.

However, a Ferrari and a Red Bull will share the front row of the grid, with Carlos Sainz lining up on pole position ahead of Sergio Pérez.

When is the F1 Belgian Grand Prix?

How can I watch the Belgian Grand Prix?

Formula 1 is broadcast live in almost every country in the world.

Can I stream the F1 Belgian Grand Prix?

Viewers can subscribe to F1 TV in select countries to stream the race on a device of their choice.

Sky Sports and Movistar also offer their own live streaming service in the UK and Spain respectively.