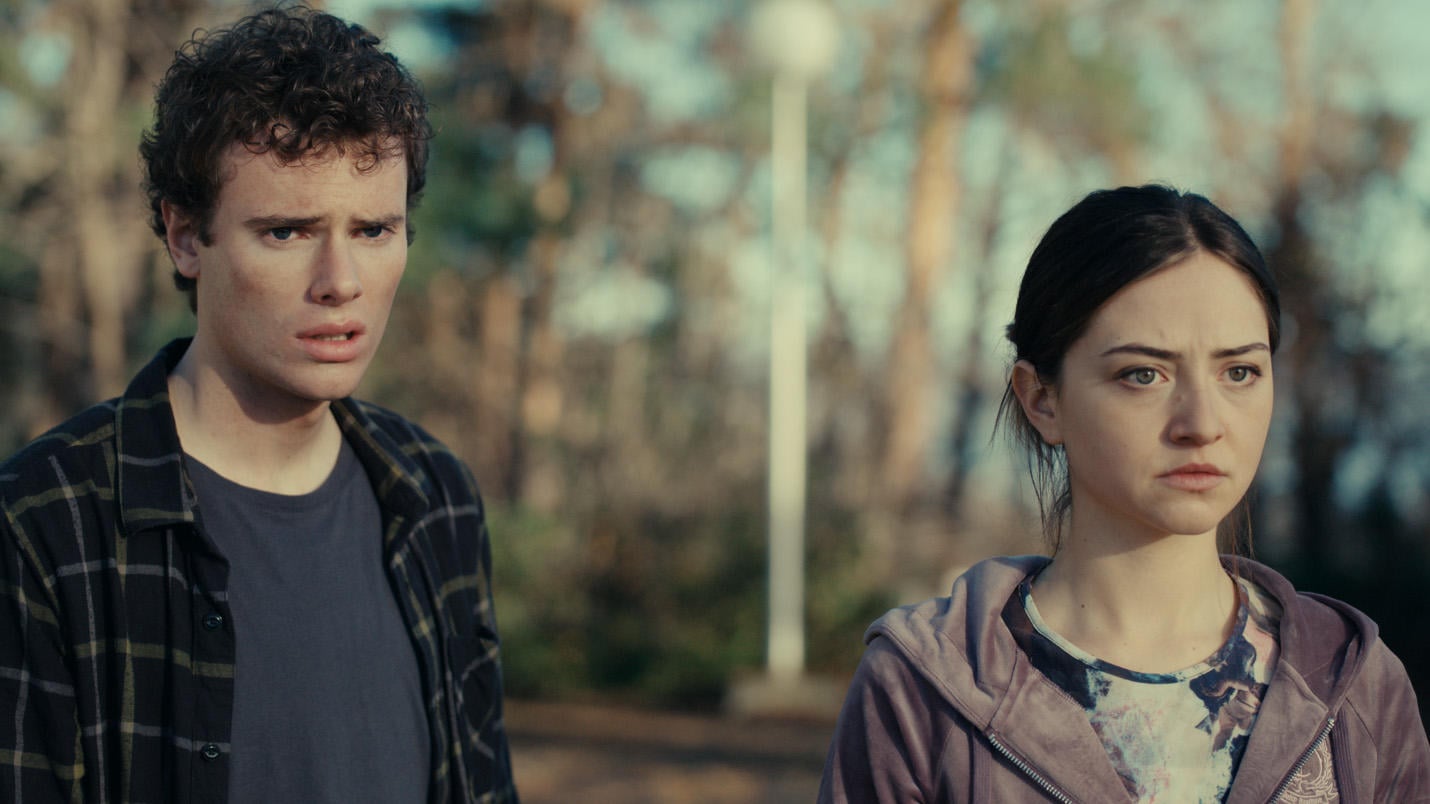 Similarly to Lucy, The Lost Patient’s protagonist Thomas Grimaud finds himself searching for answers and dealing with a time bomb. Showing him plunged into a dark world of truths about his mother and regrets about his past, Christophe Charrier displays a palpable tension. The movie premiered on Netflix a couple of days ago and has left viewers searching for answers. The trickery in the plot and pacing casts doubt on what really happened to Thomas’s family and how he ended up in the hospital.

The conspiracy against him has a lurid truth to it, and The Lost Patient does a decent job of preserving the central mystery until the very end. Read our final explanation of The Lost Patient on Netflix below, and a detailed review of the important plot points.

Okay, to understand The Lost Patient, you need to see the plot as two halves. One includes flashbacks Thomas has while he is in the hospital and the other is the present where Anna tries to treat Thomas. She is a therapist and tends to him while he tries to recover from the trauma of losing his family in one night. Someone in “a black coat” murdered them all and he sees visions of that person visiting him in the hospital room and coming for him.

He sees several signs that there is a conspiracy against him. A nurse takes a special position on the perceived truth of him and even theorizes him as the murderer. Thomas is also desperate to find out the whereabouts of his sister, Laura, who was perhaps his closest ally and the only one who understood him. Both timelines are intertwined in such a way that in most cases you don’t know which is the truth and which is a lie. It turns out that Bastien is just another patient at the hospital where Thomas receives his treatment. In fact, the narrative built him up as someone important who had some connection to Thomas. Even as he discovered the truth about his life, Thomas tried to hold on to that last bit of normalcy and innocence by walking into Bastien’s room.

That room No. 307 was the one with Bastien and Thomas tried to make him escape the premises. But Bastien knew the reality of the situation and called the doctor just in time to prevent any fatal damage.

It must be said that Bastien was well used in the narrative. It was another red herring, though not a critical one, to get as far away from the truth as possible.

Who was the murderer of the Grimaud family?

It turns out that Thomas was the one who killed his family. In the flashback that we see from a neutral point of view, not Thomas’s perspective, we learn the dark and tragic truth about his life. Anna was correct in her diagnosis that Thomas suffered frequent and sudden episodes of violent outbursts. It all stemmed from how the family treated him. They were too devastated by Laura’s death at such a young age to fail to “bond” with Thomas. As Anna explained with the analogy of Frederick II, if a baby is not given love and attention and does not form a bond with her parents, she “she dies.”

That part of Thomas that was supposed to love the family and become a warm man died from lack of attention. Matt and Betty were almost repulsed by Thomas’s birth, and thus he grew up a very lonely and depressed child. In another of those outbursts, Thomas took the gun from his parents’ room and started on Matt. The event that triggered this episode was Betty berating Thomas for killing the neighbor’s dog and Dylan moving into the room upstairs, which was supposed to be Laura’s.

Thomas felt like he was being replaced. He also felt betrayed because his parents were loving another’s child when they neglected him. He yearned for her love for years, but he didn’t get it. Dylan, who arrived a few weeks ago, had already gained favor with him. That was ultimately the trigger that forced him to take the gun from the parents’ room and kill them all.

Where and how did Laura Grimaud disappear?

Laura hadn’t actually disappeared. She died before she was born Thomas, being hit by a car on the highway. The adult version of Laura that we see in Thomas’s memories is actually an apparition in her mind created from the image of an actress he saw on TV while she was supposedly taking her last breath.

Thomas grew up an abandoned child and felt an emotional void in his life. That made him violent and he imagined things to create an illusory reality to find comfort. Laura’s projections were part of it, and Anna wanted to guide him into real reality through treatment at the hospital.

What was the identity of the person in black?

The person in black is actually Thomas himself. In the final flashback of the story, when the contents of the night become apparent in his head, he remembers everything. After killing all of his family members, he realizes what he really did. The horror of murdering them in cold blood seized him and he took out a kitchen knife with the intention of committing suicide.

As he stabs himself and begins to fall unconscious on the base of the sofa, he sees a song on TV. It is the same song that he listened to “with Laura” in the car when they brought Dylan home.

Laura’s reality was that he had imagined her as the actress in that video. In a rather startling reveal, we see that all of Thomas’ memories of an adult Laura were of that actress. Sure enough, she wore the same clothes throughout the movie as the girl in the video. To combat the trauma of growing up alone and without a sister, he imagined the details of that actress as Laura and believed her delusions were true.

But who was the “person in black” then? It was Thomas himself. A part of him, which killed the family, became a monster in his head. In order to process his guilt and recover from the slander of killing them all, he found someone else to blame. That often happens when you try to run away from what you did.

It scarred him for life and we see in the final scene that he was in fact wearing that black coat and came out after killing them. Still, in a daze, he suddenly saw that part of him in the shadows and went back in to stab himself.

The Lost Patient stayed true to its psychological thriller DNA with that ending and made sure to give us some crucial answers. However, the creators couldn’t explain many things in the plot and that leaves us unsatisfied. What did you think of the film? Leave your comments below!