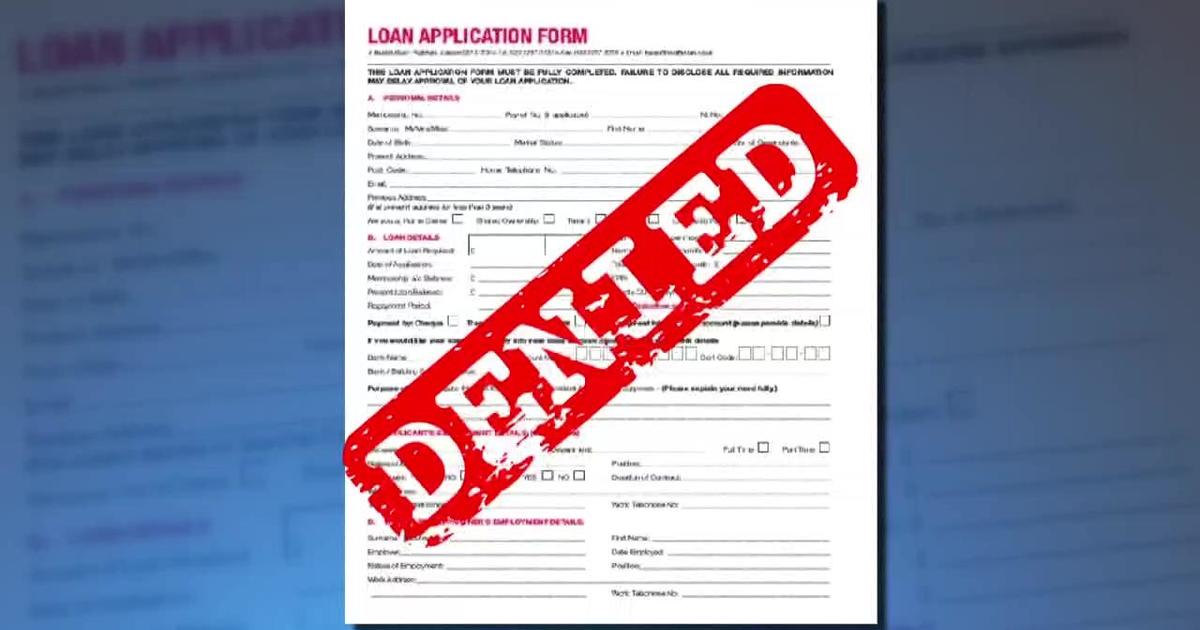 NEW YORK – Recently, the Department of Justice reached a $13 million settlement with New Jersey mortgage lender for discriminating against communities of color in New Jersey.

Applicants were denied home loans in certain neighborhoods even though they were eligible.

Experts say the discriminatory practice, known as redlining, is something some minorities have faced when seeking loans.

CBS2’s Zinnia Maldonado explains how to avoid becoming a victim.

Whether you’re looking for a loan to buy a home or start your small business, getting approved by big banks can be a lengthy process. And if you get rejected, experts say it could be for a variety of reasons.

“Be it credit scores, money in reserves or debt-to-income ratio. But you also have to ask yourself if there’s something else going on at the end of the day,” said Jessica Lautz of the National Association of Realtors.

But research shows that both black and Hispanic applicants are more likely to be denied a loan.

“In the data, even for successful homebuyers who end up buying a home, we saw that the denial rate is higher for Black and Hispanic people who get a loan, and their denial rate is 7% compared to white recent homebuyers, which is 4%,” Lautz said.

David Troutt is a professor of law at Rutgers University and studies discriminatory lending. He says it’s important to put pressure on lenders about why you’re being denied.

“You need to ask detailed questions. Make sure you get the name of the loan officer you’re talking to. Make sure all terms are stated up front,” Troutt said. “Make sure they slow down and explain what’s going on, what the risks are, how they’re assessing it.”

Troutt calls the result a big victory, but surprising because many minorities don’t move forward with filing complaints after being denied, even though it’s a move he says can lead to change.

“People have to know what’s happening to people, and that way we can activate law enforcement like we saw in the Lakeland case,” Troutt said.

Joe Sky-Tucker is the CEO of Business Impact Northwest, a company that helps people who have been denied a loan. He says that the ability to know if you are being racially discriminated against is the crux of the matter.

“How does a black or brown candidate know that the bank is turning him down for the right and proper reasons or for the wrong reasons and that he should go ahead with filing a complaint?” Maldonado asked.

“It’s often difficult to prove that the decision was made based on a racially motivated type of decision,” Sky-Tucker said. “Unfortunately, much of the burden falls on you, the consumer, to track these incidents for systemic issues.”

Experts say that despite many federal and state regulations imposed on banks to treat everyone who walks through the door fairly, individual cases can often go unnoticed.

“The red line is bad banking and it’s bad for consumers, but it’s much worse for the country because it continues trends that we need to overcome and eradicate,” Sky-Tucker said.