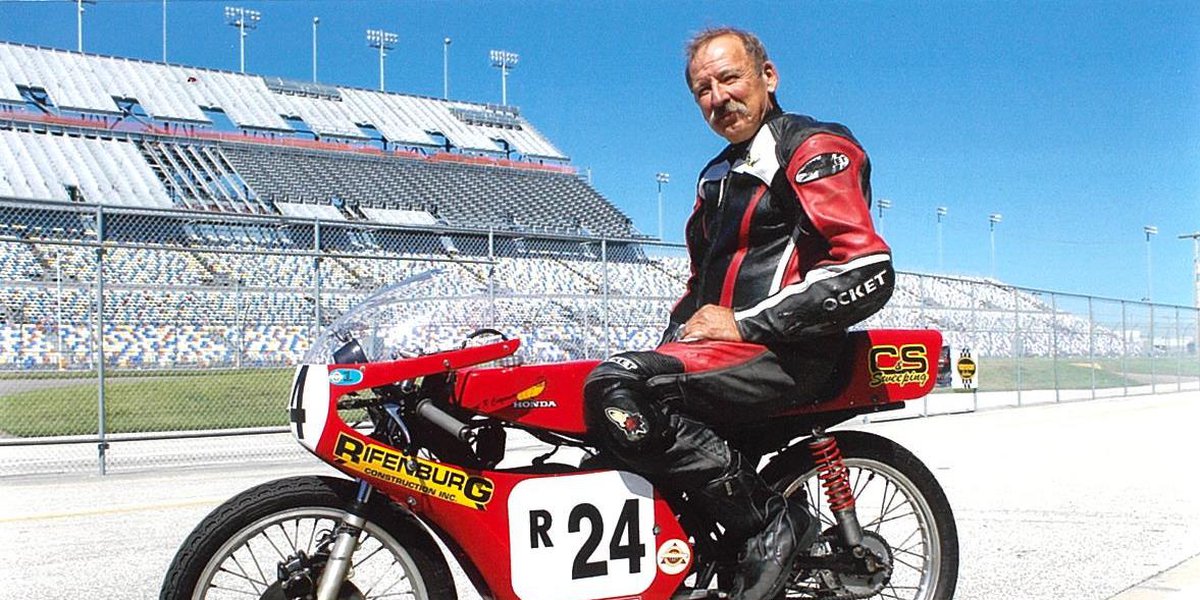 BRANTINGHAM, New York (WWNY) – Ernest P. Csizsmar, age 67, passed away peacefully at his home on December 16, 2022. Born in Lowville, New York, Ernie grew up in Glenfield. He was the son of Paul L. Csizsmar and the late Eileen (Gibbs) Csizsmar. Ernie graduated from South Lewis Central School in 1974. He attended Canton ATC and took Mechanical Engineering.

Ernie’s passion was motorcycle racing. He started out as a young man racing motocross all over the state. Later in life, he began road racing a Vintage 125 Honda across the country. He was the Vintage 125 World Champion in 2014 and 2015. He was also a National Champion in 2016. After retiring from racing, he still enjoyed hitting tracks in New Hampshire, Florida, Alabama and many other places around the country to watch the races with his career friends.

Ernie worked as a carpenter and bricklayer for most of his life. He was a jack of all trades. His career included working at the Lyons Falls paper mill and as a carpenter at home and abroad, where he worked for many years in Alaska and Florida. He worked on an oil rig in Louisiana and on the Adirondack Railroad during the 1980 Olympics. Later, Ernie worked at the cogeneration plant in Lyonsdale and as highway superintendent for the town of Greig. Ultimately, Ernie worked for over 30 years at Barrett Paving from which he retired.

Ernie married his wife Susan in 1994 in Talkeetna, Alaska, on the longest day of the year. They enjoyed a two-week honeymoon visiting some of Ernie’s favorite places in Alaska like Kennicott Mines, Chicken, Seward, Anchorage and Dawson City in the Yukon Territories.

Ernie loved his son Paul and was recently helping him build a house. He was a wonderful father who took him camping and to various car and motorcycle races. He always attended Paul’s important activities.

Ernie is survived by his wife Susan (Nostrant) Csizsmar, a son Paul S. Csizsmar and his partner MaKayla Gammon, his father Paul L. Csizsmar, a sister Paulette Palombo and her husband Frank Camillieri, a brother-in-law Andrew Hochreiter, nieces Alana Palombo and Krista (Patrick) Hipp, nephews Zachary Palombo and Kyle (Leo MuAl) Hochreiter and several great nieces and nephews along with many cousins. He was especially close to his friends Mark Boulier, Bill Godemann, John Flynn and his cousin Joe Csizmar.

Ernie predeceased his mother Eileen (Gibbs) Csizsmar, a sister Elaine Hochreiter, and his uncle George, with whom he was close.

11:00 am at the funeral home with the Rev. Bruce W. Chapman officiating. Spring burial will be in Brantingham Cemetery. Everyone is invited to attend a reception at Fire Department 3-G immediately following the funeral. In lieu of flowers, donations in Ernie’s name may be made to 3-G Fire Department, 6229 Blue Street, Glenfield, NY 13343 or Lewis County Search and Rescue, 7782 W. State Street, Lowville, NY 13367. The Csizsmar The family would like to thank both the organizations and their respondents. Condolences can be shared with the family at www.isenekerfuneralhome.com.