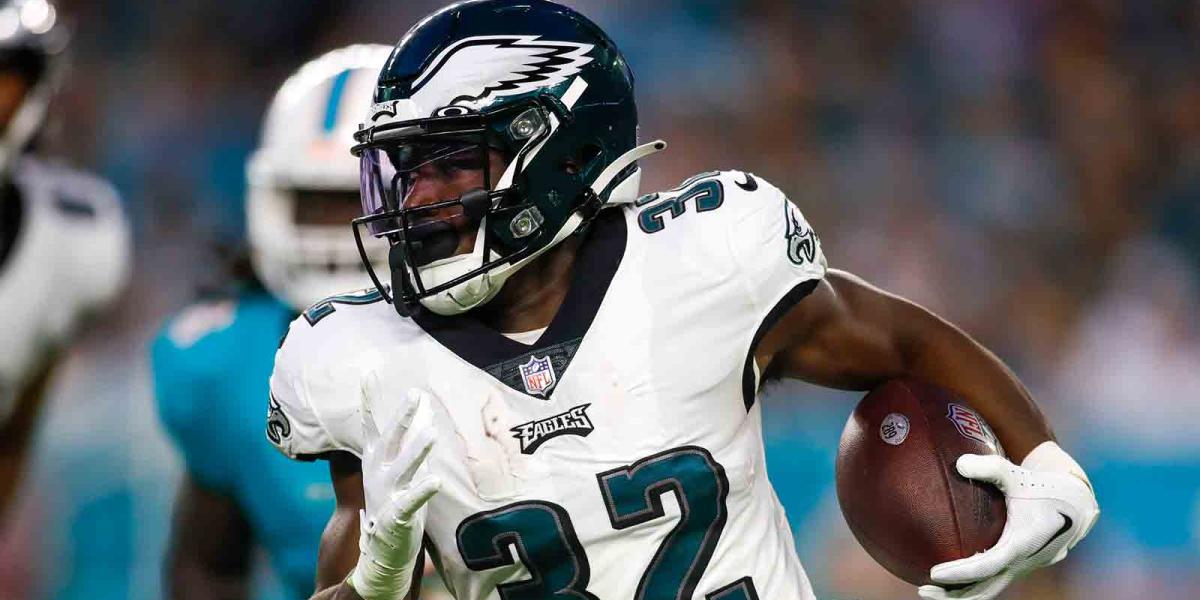 MIAMI GARDENS, Fla. — The Eagles wrapped up their 2022 preseason with a 48-10 loss to the Dolphins on Saturday night.

They now have until 4 p.m. Tuesday to get to their 53-man roster cap with the first game of the 2022 regular season looming. They’ll be in Detroit in Week 1 on Sept. 11.

Here is our final stock watch of the summer:

LB Patrick Johnson: The sophomore running back from Tulane has had a strong training camp and sacked Tua Tagovailoa in the first quarter. He beat right tackle Austin Jackson and fought off some illegal contact to get the sack.

WR John Hightower: The former fifth-round pick doesn’t have much of a chance to make this list, but he did have some catches in the second half, including a big catch off the bench.

TE Calcaterra Scholarship: The rookie sixth-round pick missed much of camp with a hamstring injury, but since returning to Cleveland last week he has made some plays. He finally appeared in his first NFL preseason game and had a very good 24-yard reception to close out the first quarter. He struggled a bit as a blocker, picking up a waiting call. He still needs work in that area.

S Reed Blankenship: Middle Tennessee State UDFA had an impressive tackle in the first half over RB Salvon Ahmed. She drove the force of him through him. In a first half in which the Eagles struggled to get down, Blankenship’s big shot really stood out. He’s had an impressive summer putting his name in the mix for a spot on the roster.

WR Devon Allen: While last week’s 55-yard reception was fun, Allen really shined as a gunner on the punt team this week. He was rushing down the field. If he’s ever going to make a roster, he’s going to need to be a special teams contributor.

RB Jason Huntley: For a while, I thought Huntley had a chance to make this list. I don’t think that anymore. But he broke up a 67-yard touchdown run in the fourth quarter. He finally got to show off that outburst we’ve been talking about.

Field Marshal Reid Sinnett: Another poor performance from the Eagles’ third quarterback, which is concerning because one of the reasons the Eagles liked him so much last year was because of his strong preseason performance as a member of the Dolphins. We haven’t seen that this year. Sinnett threw an atrocious pick-6 in the first half. Sinnett went 12-for-22 for 104 yards and an interception.

C.B. Mac McCain III: Hard duty to start this game for McCain, who lined up against Tyreek Hill on the first play of the game and was set on fire deep. Although that was not the only move. A little later, Raheem Mostert made a great run to that side.

CB Kary Vincent Jr.: While McCain was beaten on that deep pass by Hill, it was Vincent behind River Cracraft for the first touchdown of the game. And he almost gave up another.

LB JaCoby Stevens: The Eagles cut Nakobe Dean after a couple of drives and inserted Stevens. He had a very difficult start. The 2021 sixth-round pick looked a bit lost.

LB Davion Taylor: Early in training camp, it looked like Taylor was going to push for some serious playing time. But he really has come back down to earth and he didn’t play well in Saturday’s game.

S K’Von Wallace: After a shaky start to his training camp, Wallace really turned things around, but this wasn’t his best game. He got caught on that deep pass early and missed a couple of tackles on this one.