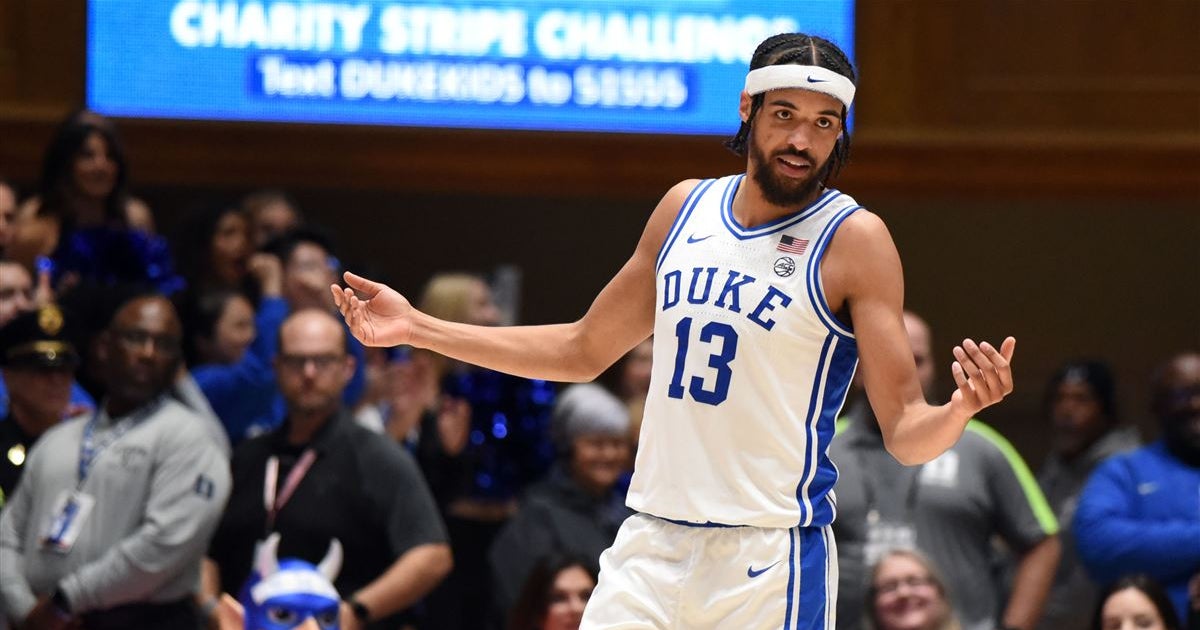 Duke Basketball had a rough time in the first half against Bellarmine on Monday night, as the veteran Knights used their high-concept offensive scheme to mess the Blue Devils defensive end and their defense packed the lane, turning Duke on a perimeter shooting team. In the end, the #8 ranked Blue Devils took the lead with a great second half, outscoring their visitors 33-24 on 40% shooting from three points during the game.

The competition level rises a bit on Thanksgiving afternoon when Jon Scheyer’s team heads west for the Phil Knight Legacy Tournament in Portland, Oregon. His opening game in the four-day event (Duke will play three games in that stretch) is against the 3-1 Oregon State Beavers.

Don’t sleep on a TDD VIP Subscription – the most active site on the internet for inside information on your beloved Blue Devils. Get a one year pass to over fifty years of combined experience and unparalleled relationships with Duke Basketball, Football and Recruiting for just over $25!

Want to get the latest Duke news straight to your email? acesign up for TheDevilsDen newsletter, Click here. It’s free and a great way to get daily updates on Duke Blue Devils football, basketball, recruiting and more delivered straight to your inbox.

The Blue Devils will be the big favorites going into the game, as they ESPN’s FPI has them with a 90.2% probability to come out victorious. KenPom.com also sees Duke with a great chance to continue their winning ways, giving them a 97% chance to start PK85 with a win.

Kyle Filipowski he has led the way for Duke in the opening games of the season, pacing the team in points (15.6), rebounds (10.4) and blocks (1.4) with a strong start to his college career at just 25 minutes per game. Junior captain Jeremy Roach is second on the team in scoring and leads the Blue Devils with 3.6 assists per game and 1.2 steals. Mark Mitchell trails just behind Roach with 11.6 points per game, led by his impressive team-leading 3-point shooting (50%) and free throws (87.5%).

Here’s more from Duke Sports Information on what to expect before Thursday’s game.