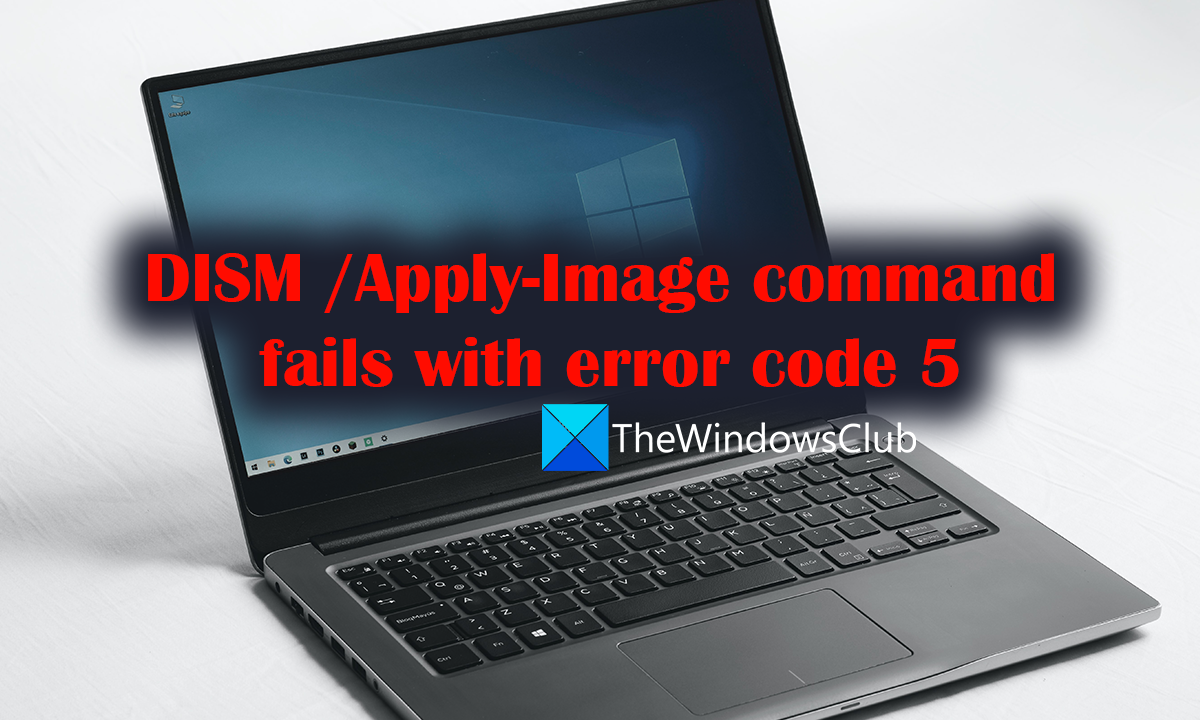 Deployment Image Servicing and Management (DISM) is a command-line tool developed by Microsoft that can be used to service Windows images. DISM image management commands can get information about Windows Image (.wim) files, Full-flash Utility (FFU) files, or virtual hard disks. You can capture, split, and manage .wim files with DISM commands. Some users, while using DISM Command/Apply Image they are watching error code 5 (ERROR_ACCESS_DENIED). Generally, we see error code 5 while using the DISM /Apply Image Command in the Windows 11/10 image where you have enabled the Windows Subsystem for Linux (WSL) feature and installed the Ubuntu package. When you capture a Windows 11/10 image from your PC using the DISM / Capture Image command and then try to apply the captured Windows image using DISM /Apply Image command, you see Error code 5 (ERROR_ACCESS_DENIED).

If you see error code 5 (ERROR_ACCESS_DENIED) when trying to use the DISM /Apply-Image command on the Windows 11/10 image, the following solutions may help you fix it.

Let us go into the details of the two methods to fix the problem.

1]Use Windows Image Capture before installing the Ubuntu package

2]Remove the Ubuntu package and apply the image

These are the two methods you can use to fix error code 5 when applying Windows images using the DISM command.

How do I fix DISM errors?

If you are facing any DISM errors on your PC, you can temporarily disable antivirus, run offline chkdsk scan, remove Windows update, perform system restore, etc. You should implement fixes based on the actual problem and not generically.

What is the DISM Application Image?

How do I create an image using DISM?

Creating an image using DISM is an easy process. First, you need to locate the data with which you will create an image. Then start the command prompt as administrator and use the DISM /Capture-Image command with the located path.