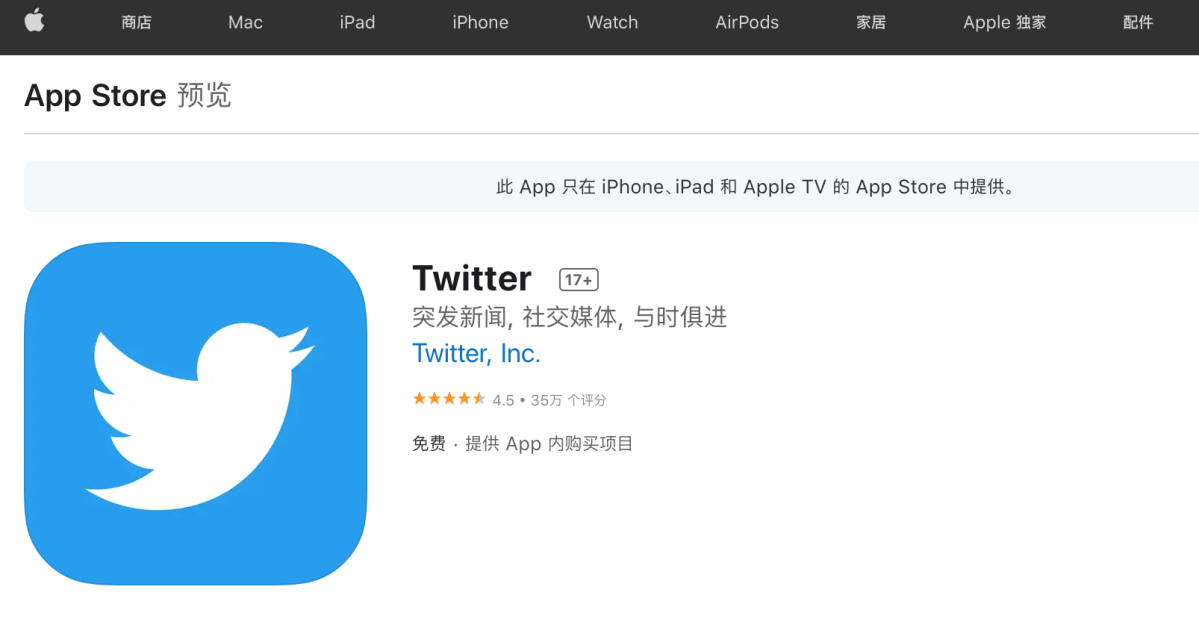 Twitter saw a surge in downloads in China as protests against the country’s strict COVID restrictions erupted across the country in recent days.

The social networking app ranked ninth among all free iOS apps in China on November 29, up from 150 a week ago, according to app analytics firm Sensor Tower. Discussion of the protests, a rare act of defiance that has swept through major Chinese cities and universities since last weekend, is closely monitored by censors and has been largely silenced on local social media. As a result, people are turning to foreign alternatives like Twitter to spread information and Telegram to organize demonstrations.

The increase in Twitter downloads is intriguing, as the app has long been blocked by China’s “Great Firewall.” Accessing the app in China requires the use of a censorship circumvention tool or virtual private network. However, the app remained available for download on Apple’s App Store, since at least February 2019, according to Apple Censorship, an independent project that tracks censorship in the App Store.

Calculating the size of Android downloads is more complicated because Google Play is not available in China. Android-based app stores are operated by a variety of local tech firms like Huawei and Xiaomi, which tend to strictly follow local censorship rules. Apple has also come under fire in recent years for caving in to censorship requests from some governments.

Given the rise in Chinese bot activity, which is believed to be state-led, it’s hard to know how many of the new app installs belong to protesters.

Access to Twitter and other Western internet platforms is becoming more difficult in China as Beijing continues to clamp down on censorship circumvention tools. All VPN providers without government authorization are illegal. In October, a protocol widely used in VPN services experienced an unprecedented blockade in the country. It will not come as a surprise if the authorities take steps to further tighten control of VPN tools after this wave of protests.