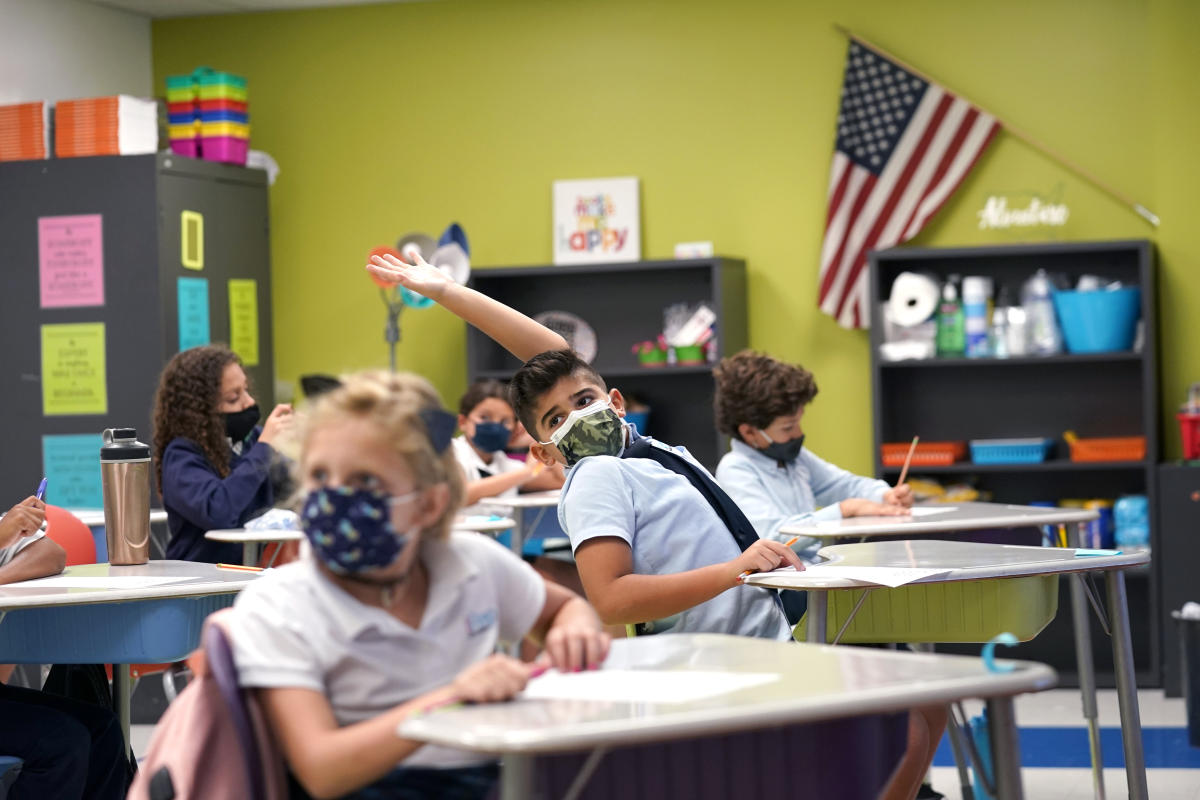 TALLAHASSEE, Fla. — Republican Gov. Ron DeSantis endorsed dozens of conservative school board candidates in Florida during the midterm elections. Now they are in office and purging some education leaders who enforced the Covid-19 mandates.

New board members in two Republican-leaning counties essentially fired their school superintendents within a week. The layoffs were prompted by how superintendents carried out local policies such as efforts to support parental rights, an issue inflamed by schools that imposed mask mandates on students last fall in defiance of DeSantis. .

And while not tied to the 2022 election, the Broward County school board earlier this month fired its superintendent through an effort led by five DeSantis appointees. In total, DeSantis-linked school boards ousted three superintendents in November alone, each serving in districts that implemented student mask mandates.

“We had a wave of school districts spitting in the face of parents,” said state Rep. Randy Fine (R-Palm Bay), who earlier this year tried to punish schools with mask mandates. “And now the people who did that are gone.”

In Brevard and Sarasota counties, embattled school leaders have faced immediate pressure from newly installed board members and have offered to leave voluntarily rather than risk a vote on their firings.

Boards in both counties now have conservative majorities that sought a leadership change immediately after the midterm elections. Although school boards are nonpartisan posts, in many counties dividing lines were drawn between Democratic and Republican candidates through endorsements from each party, as well as from outside groups. The newly elected board members in these cases support parental rights while opposing critical race theory and teaching gender orientation in schools.

DeSantis, in particular, used his influence to endorse more than two dozen school board candidates during the 2022 election cycle, a rare move for a Florida governor that came with $1,000 cash contributions from DeSantis and others. Republican lawmakers. Most of the candidates DeSantis endorsed won their elections and are now transforming the makeup of the school district’s leadership and will have great influence on policies that affect hundreds of thousands of students in the state.

Both the Sarasota and Brevard school boards put superintendents on the chopping block the same day new members backed by DeSantis and conservative organizations like Moms for Liberty took office.

Sarasota board members questioned the work of Superintendent Brennan Asplen at a meeting Tuesday night specially called to discuss his contract. After receiving about four hours of public comment, mostly in support of the superintendent, board members expressed criticism of student performance in reading, how he handled student masking, and Asplen’s perceived lack of transparency. .

Realizing that he may not have a job for much longer, Asplen offered his resignation Monday night, the day before the board met to consider his removal. But the superintendent also fought at the meeting to keep his job by trying to poke holes in criticism from board members.

“I have a feeling I’m going to be fired after tonight because I can’t contain myself,” Asplan told the board as a preface.

Asplan said some of the board’s comments were “ridiculous” given that he had been at the school since 2020, a time period that included the Covid-19 pandemic. And yet, despite the coronavirus uprooting education, Sarasota earned “A” grades from the state both years. The superintendent also claimed that board members were excluding him since the election, noting that he enacted a mandatory student mask policy for only three weeks, and that was because the Sarasota board voted 3-2 in favor. of the mandate.

After Asplan addressed the board, it became clear that a separation would be imminent. Board members said they felt the relationship with the schools principal was “contradictory” and could not be repaired. Many of Asplan’s claims were “not accurate,” according to the board’s new chairwoman, Bridget Ziegler.

“I am very concerned,” said Zeigler, who was endorsed by DeSantis and a co-founder of Moms for Liberty. “I don’t know how respectfully we build a relationship where we function together for the right reasons with mutual respect.”

A Sarasota board member, Thomas Edwards, noted the similarity between efforts to remove school leaders in Florida and other parts of the country, including Berkley County, South Carolina, where a newly elected school board fired a superintendent. Edwards suggested a possible political motive behind the move and lobbied for Asplen to be given a chance to fix the problems detailed by the board.

“Whatever reasons I’m going to hear tonight, I really have to throw them out the window. Because we just have to, all of us as a community, look at the tea leaves,” Edwards said.

But Edwards fell short of a majority on the board, including members backed by DeSantis and other conservatives, who voted 4-1 to go ahead with negotiating a separation agreement with the schools principal.

The local teachers’ union in Sarasota planned a rally in support of Asplen before Tuesday’s meeting, and dozens lined up to speak on her behalf. But local organizers in Brevard County did not speak out when their superintendent, Mark Mullins, was ousted last week.

Instead, the Brevard Federation of Teachers was content that Mullins’ expulsion could lead to positive changes within local schools. Union leaders say district officials did little to quell student discipline problems and persistent teacher vacancies facing the county.

“Teachers and staff are verbally and physically abused by students, and there will be no end in sight unless significant systemic changes are made,” union leaders wrote in a statement Monday on social media.

As in Sarasota, the change in leadership at Brevard was aided by new board members. Discussions to part ways with Mullins arose at the suggestion of Megan Wright, who was endorsed in her run by DeSantis and installed on the board and elected vice president about four hours before triggering the change.

In other parts of Florida, new DeSantis-backed board members are also getting leadership roles. In Lee County, for example, new board members Armor Persons and Sam Fisher, both endorsed by DeSantis, have been elected president and vice president of the school board, the Fort Myers News-Press reported.

With at least three superintendent positions opening up in Florida, these revamped school boards now face the critical task of finding new leaders.

Teachers union leaders remain optimistic that these board members will focus on supporting educators and staff at local schools, said Andrew Spar, president of the Florida Education Association, the largest teachers union. of the state. And when choosing a new superintendent, they hope board members choose candidates who are aligned with the community and not just DeSantis.

“Shooting is the easy part,” Spar said. “The hard part is finding the right person.”