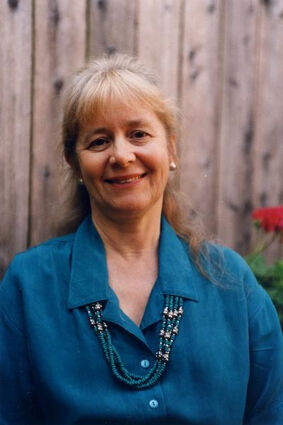 The emerging screenwriting team of Renée De Palma and Mary Mackey has accomplished an unusual feat. They have been nominated three times in three separate writing categories at the City Of Angels Women’s Film Festival.

“When City Of Angels Women’s Film Festival wrote and told us that we had been nominated, I was very excited, but I wrote to them and asked, what script was it? I returned a letter with ‘Mrs. De Palma, your three works.’ been nominated in all three categories,'” says De Palma. “I had a moment then. Some tears. I suddenly realized that the quality of our work was being recognized professionally. And it was one of the most moving moments of my life.”

Renée De Palma grew up in Los Angeles and has been an entertainment professional for most of her adult life. But her dream since she was a child was to be a screenwriter. When the covid 19 pandemic hit, De Palma and her writing partner Mary Mackey seized the opportunity that forced them to stay home. They wrote together, every week, resulting in the completion of a body of script work.

De Palma and Mackey met by phone and on Zoom every Tuesday throughout the pandemic, brainstorming ideas that became treatments that became scripts. Mary Mackey is a professional writer who also writes novels, and partnering with De Palma was a good match for both writers.

Dr. Mary Mackey, PhD, is a historical fiction and comedy novelist as well as an accomplished poet. She is a direct descendant of author Mark Twain and has sometimes written under the pseudonym Kate Clemens, after her relative Twain. Her novel, THE STAND IN, is a comedy that Renée and Mary have adapted into a screenplay, which is another aspect of her work. They write both original works, often conceived by Renée, and adapted works, often based on novels written by Mary Mackey.

Her feature film screenplay LADY DANGER, her short film screenplay TIME PIECE and the synopsis by Renée CASSIOPEIA, were nominated in three categories at the CITY OF ANGELS WOMEN’S FILM FESTIVAL.

Mary and Renée will find out if they win any awards at the CITY OF LOS ANGELES WOMEN’S FILM FESTIVAL Awards Gala on Sunday, September 4 at the Bella Blanca Event Center, Los Angeles.

Showcasing films and written works created by and about women, the Film Festival takes place over Labor Day weekend, September 2-4, at the WhiteFire Theater in Sherman Oaks. This is the third year that the film festival has been held, and it is spreading like wildfire as one of the most prestigious film festivals, creating opportunities for female content creators and filmmakers. “It’s like when Sundance started,” says Renée, “an intimate film festival that’s about to become something big.”

Tickets for the film festival, film screenings, panel discussions and the Red Carpet Awards gala can be purchased at http://www.cityofangelswomensfilmfest.com. Questions and inquiries for Renée and Mary can be sent to [email protected]