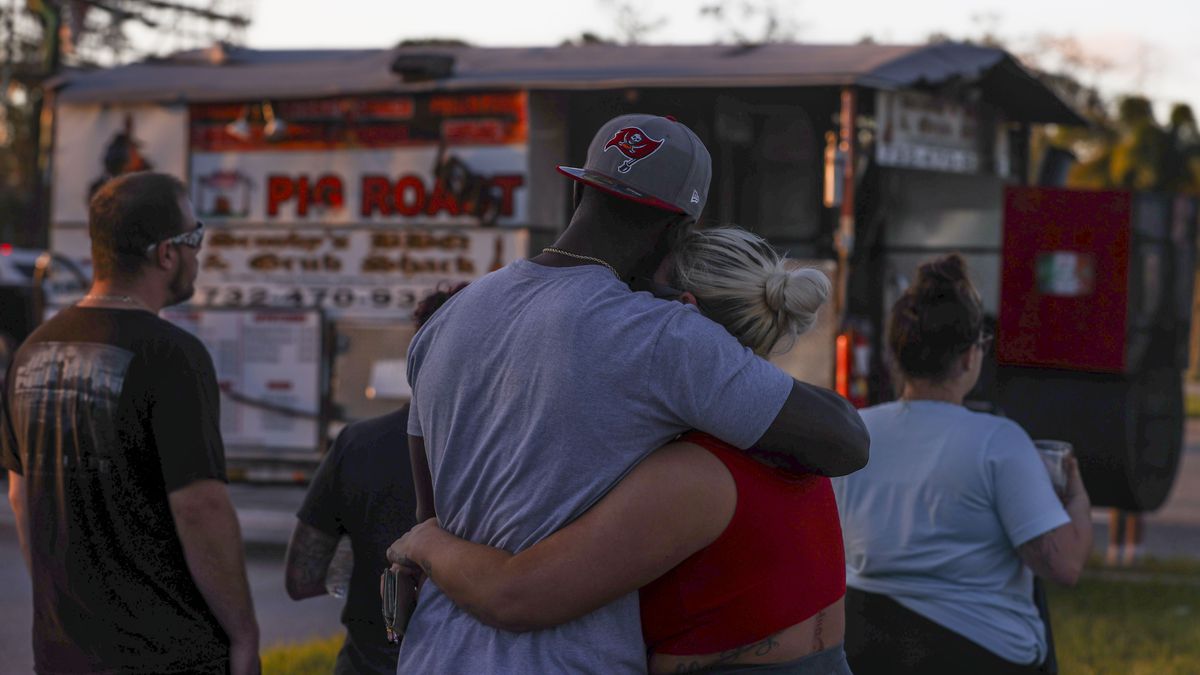 Editor’s Note: This story includes a discussion of suicide. If you or someone you know is considering suicide, there are resources available to help. See the information below.

As Floridians deal with the devastation of Hurricane Ian, survivors may face anxiety, stress and depression.

Some may feel guilty that they lived and others died. Families may find it difficult to deal with the loss of their home. First responders could also be traumatized.

The Tampa Bay Times asked two experts for advice on how to handle the storm’s mental health toll.

This is what people should know.

What coping strategies can people use?

Common signs of someone struggling after a disaster include trouble falling asleep or staying asleep, as well as feelings of helplessness or sadness, and frequent crying.

People need to acknowledge and express their feelings, even if it may be uncomfortable to do so. Talk to someone or keep a journal, said Elyssa Barbash, a Tampa psychologist.

If people bottle up their emotions, they can develop post-traumatic stress disorder, he said.

It’s normal and healthy to experience a psychological response to the storm, he said, but people need to address it sooner rather than later so it doesn’t become a serious mental health issue.

Talking with a professional, such as a psychologist or therapist, can be beneficial, he added.

If someone is overwhelmed, how can they calm down?

“A lot of people think, ‘Oh, it’s so simple it probably won’t work’ … but it’s actually highly effective,” said Barbash, owner of Tampa Therapy, a group practice. He specializes in the treatment of trauma and post-traumatic stress disorder.

For those in disaster areas, making a plan for how to take care of themselves and their loved ones can ease their anxiety, added Clara Reynolds, president and CEO of the nonprofit Crisis Center of Tampa Bay.

If someone has survivor guilt, what should you know?

Guilt feelings can arise when one person survives a catastrophic event, but others do not.

If people feel guilty, they can volunteer to help Southwest Florida.

What mental health conditions might develop after the storm?

In a peer-reviewed study published earlier this year, researchers surveyed more than 1,600 Floridians and found that Hurricanes Irma and Michael were linked to post-traumatic stress.

How can family and friends help survivors?

Call them. Respond to their texts. “Be a good listening ear,” Barbash said.

If survivors have severe depression or are contemplating suicide, connect them to 988, the national suicide prevention hotline, Reynolds said.

Related: They took Ian out in shrimp boats. Now they fear his livelihood will be destroyed

What can government officials do for victims?

Be honest about bad news and check in with residents often, Reynolds said.

Should people limit the amount of news they read or watch?

“There’s a line, and everyone has to figure out what it is for themselves,” Barbash said. “Some people don’t turn off the television. The news is broadcast all day at home. That could be too much.

Related: Hurricane Ian linked to about 100 deaths in Florida, including 1 in Hillsborough

What can parents do if their children seem affected?

Ask them open-ended questions about the storm, like “how did this make you feel?”

“They can say, ‘I don’t know’ or ‘I’m fine,’” Reynolds said. “That’s when you back off a little bit and tell them how it made you feel. Be vulnerable. … Kids may not even realize what they’re feeling until they hear you describe how you felt.”

If you or someone you know is thinking about suicide, call or text 988 to reach the 988 Suicide & Crisis Lifeline or chat with someone online at 988lifeline.org.

The U.S. Substance Abuse and Mental Health Services Administration also operates a free 24/7 crisis counseling helpline for people involved in disasters, including hurricanes and tropical storms. People can call or text 1-800-985-5990, and Spanish speakers can press 2 for help in that language. Third-party interpretation services are available for more than 100 languages.

Coverage of Hurricane Ian from the Tampa Bay Times

HOW TO HELP: Where to donate or volunteer to help victims of Hurricane Ian.

FEMA: Floridians injured by Ian can now apply for FEMA assistance. That is how.

THE STORM HAS PASSED: Now what? Safety tips for going home.

POST-STORM QUESTIONS: After Hurricane Ian, how to get help with downed trees, food, damaged housing.

MORE STORM COVERAGE: Get ready and stay informed at tampabay.com/hurricane.