A growing network of commercial fishing vessels and private companies are using sensors attached to fishing gear to inexpensively collect crucial ocean data, such as temperature and salinity, used in fisheries science, climate models, and more. . Data traditionally collected by research ships, moorings and gliders, which cost a lot of money, offer ocean observers a cost-effective way to increase their coverage.

“Word has gotten out in the scientific community that we’re offering affordable fieldwork,” said Jim Moore, board member of the Alaska Trolley Association (ATA). “This is where our interests converge: the better the science, the knowledge based on reality, the healthier the relationship between fisheries and managers.”

Moore is working to outfit 10 ATA ships with marine observation equipment as part of a grant-funded pilot program, one of many of those collaborations among ocean watchers and fishermen across the country. ocean data network (ODN), a Maine-based data collection company recently named a winner in the World Economic Forum Ocean Data Challengewill be the back-end data management team, exemplifying the aligned interests of fisheries and science.

“It’s not just that it’s more profitable,” said Cooper Van Vranken, founder of ODN, “but it’s also that fisheries are getting data in the oceanographically most interesting areas and in the areas where it matters most to fisheries and all sorts of other users. The future of ocean observation is a symphony of different observation platforms and fishing vessels are going to be a very important piece of all of that.”

“What are the benefits to our fleet of our development and participation in this project?” Moore said. “A good troller is a natural scientist…and when we get it right, we are rewarded with a good catch at the end of the day. That’s applied science.”

Temperature and salinity are the most widely used ocean variables, and primarily what ODN sensors measure, according to Van Vranken.

“It’s good to measure temperature because it can give you information about whether the thermal tolerances of fish or other marine organisms are being stressed,” he said. Tyler Hennon, a research assistant professor at the University of Alaska Fairbanks College of Fisheries and Ocean Sciences, “measuring salinity and temperature together provides important clues about how water circulates.”

When an ODN sensor is lifted out of the water with fishing gear (depending on the type of gear and the data being measured, this process varies somewhat), it automatically transmits its measurements via Bluetooth to a receiver unit on deck, which then transmits the data to ODN. There it is processed and passed on to clients ranging from the Office of Naval Research to Gannet Nets.

“That’s all self-contained,” said Jack Carroll, ODN’s director of operations and technical development, “there’s no effort from the crew, which is key, because we don’t want to interfere with their operations. From that collection center, either via satellite internet or cellular service, the receiver sends the data to our endpoint.

“From there, we clean the data and send it to any end user, depending on the project and what they want to do with it.”

Capt. Mark Phillips, whose fishing boat Illusion records temperatures in the Mid-Atlantic Bight as part of ODN’s contract with the Office of Naval Research, says the sensors do not interfere with squid harvesting and the temperature information can be useful. in real time. . 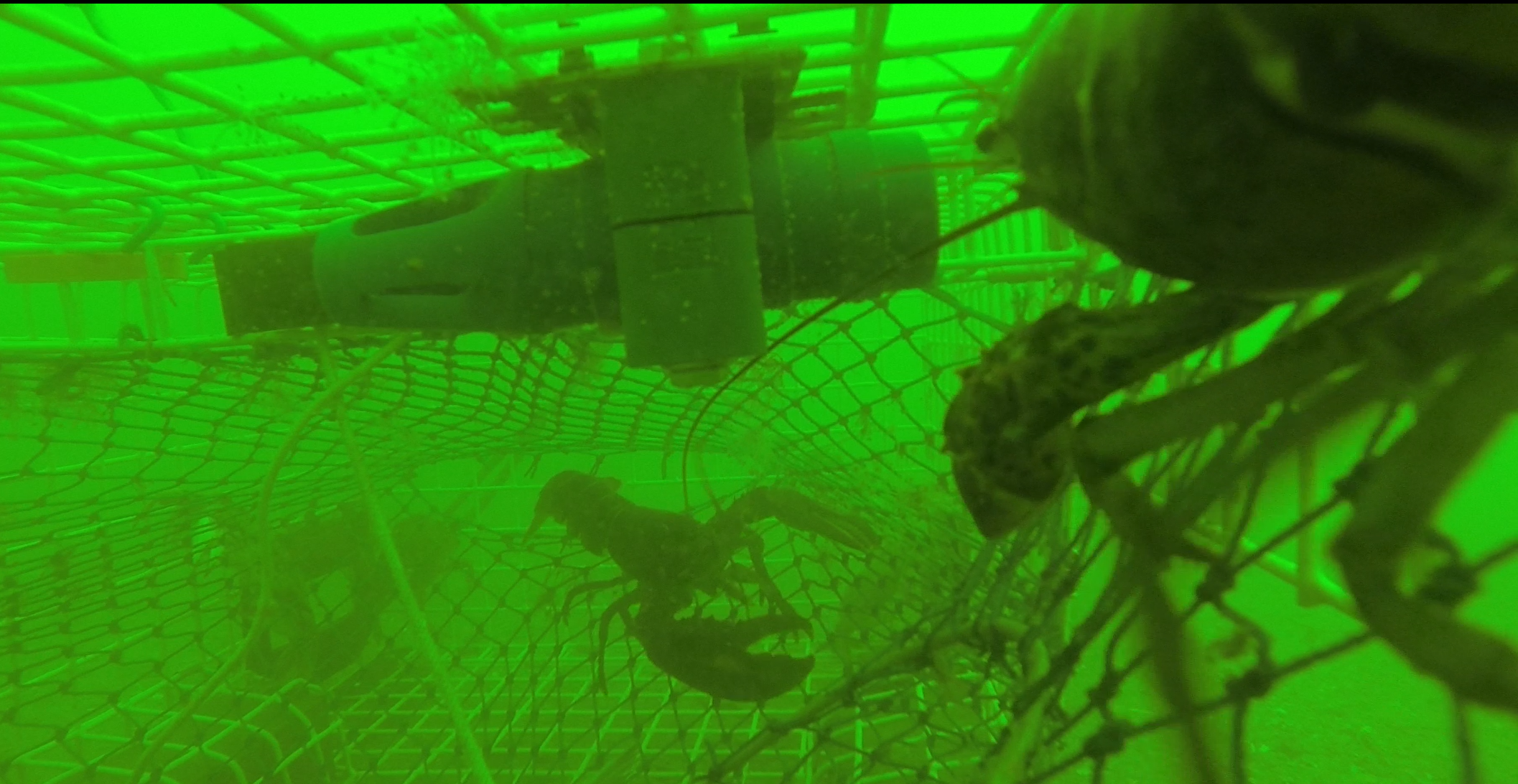 “It’s one more piece of information in the puzzle,” Phillips said.

The collaboration between ocean observers and commercial fishers is the result of an aligned interest in data collection: it is comparatively much cheaper to attach sensors to fishing boats than to use research boats, and fishers benefit from better observation. of their fisheries.

“It allows us to get more space coverage for very little cost,” said NOAA oceanographer James Manning, who started the National Oceanic and Atmospheric Administration’s Lobster Trap Environmental Monitoring program. “Where the research ships that travel the shelf only go out at most once a season, they get a lot of good data across the shelf, but it’s not very often, so we complete shorter timescales. Research ships can’t pick up on that.

“He King crab collapse in the Bering Sea it’s a good example,” Van Vranken said. “No one knows what is happening up there. There’s all these theories and claims, a lot of people say it’s related to temperature, but there’s so little data out there that the industry is flying blind. Science, administration and industry need more robust data to know what is happening and even to have an idea of ​​what is likely to happen in a few years.

“That’s essential for making business decisions and knowing if it’s a fluke or the new normal. Our integrated data collection is the cornerstone for building that kind of resilience and preparedness.”