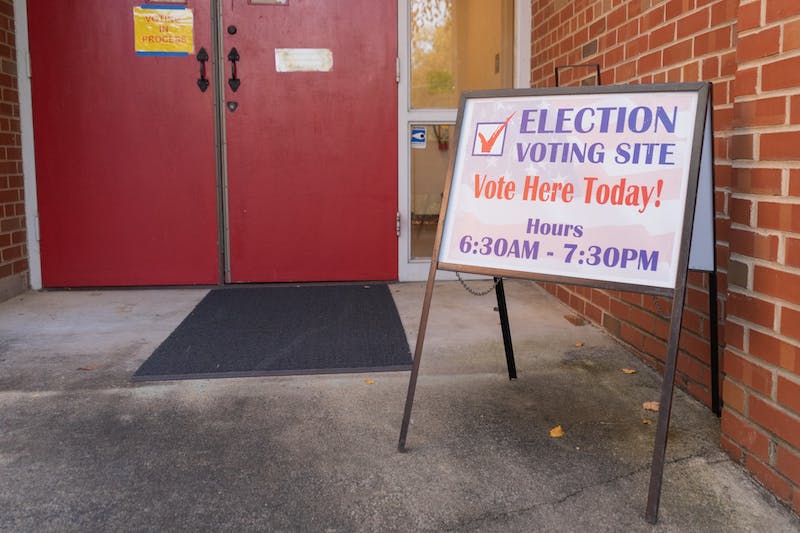 Last week, the NBA announced that it would not schedule any games on November 8 in observance of Election Day. In a tweet, the league said the decision was based on its “focus on promoting nonpartisan civic engagement and encouraging fans to make a plan to vote during the midterm elections.”

Instead of solely advocating civic engagement, the NBA is creating an impromptu holiday where national politics failed to create one, and the University should do the same.

The no-game day isn’t the league’s first move to highlight the importance of voting. In 2020, NBA stadiums and facilities were used as polling and voting centers. In the past, however, several games have been held on election days. The move to keep the schedule clear ensures players and staff have a chance to make it to the polls. Plus, it removes at least one distraction for fans who can do the same.

Although voter turnout was historically high in 2020, in recent decades approximately 60% of the population eligible to vote voted during presidential election years and about 40% voted during midterm elections.

There are a number of factors that affect voter turnout, from identity markers such as age, race/ethnicity, or socioeconomic status, to election laws that dictate voter registration, voting accessibility, and terms for early voting.

For example, turnout among people ages 18 to 29 is lower than among people over 30. White voter turnout was estimated at 73 percent in 2020, higher compared to black voters and voters Hispanics which were estimated at 66 percent and 53 percent, respectively. Also, the hours the polls are open, the number of polls in a given area, or accessibility via public transportation are all relevant in determining whether or not people can vote.

While there is little a sports league can do to make changes in these areas, rearranging the game schedule is something they can do to encourage players, staff and fans to understand the importance of Election Day.

It is also something that the University can do.

Election Day was not designated as a “no class” day off in 2020, the last presidential election year. This year, Midterm Election Day is also not a day off for students, faculty, or staff.

The academic calendar is full of days off, distributed sporadically throughout the year. In addition to federal holidays such as Labor Day and Martin Luther King Jr. Day, the University has the ability to create its own reasons for canceling classes, such as Fall Break, Spring Break, and Wellness Days. most recent (and necessary).

Although Election Day is not a federal holiday, something President Biden said he would like to change, it is clear that the University can make changes to the academic calendar for things it deems important, such as mental health.

Statistics on youth voting patterns demonstrate that there is a need to engage youth in civic engagement and electoral activity. While staff and faculty may have reliable plans for voting that they have established over time, students, particularly those just beginning to become eligible to vote, need to be able to work it into their routine. A designated day off would allow them to make time between the class or work obligations they face. Additionally, there are numerous buildings on campus that would be left vacant and available as potential polling places.

Although a day off does not directly correlate with people who go to the polls, and although the NBA or the University do not impact all eligible voters in the United States, they are institutions that can set a precedent in which our society not only speaks about the importance of voting, but it structures it in our lives.

To get the day’s news and headlines delivered to your inbox each morning, sign up for our email newsletters.