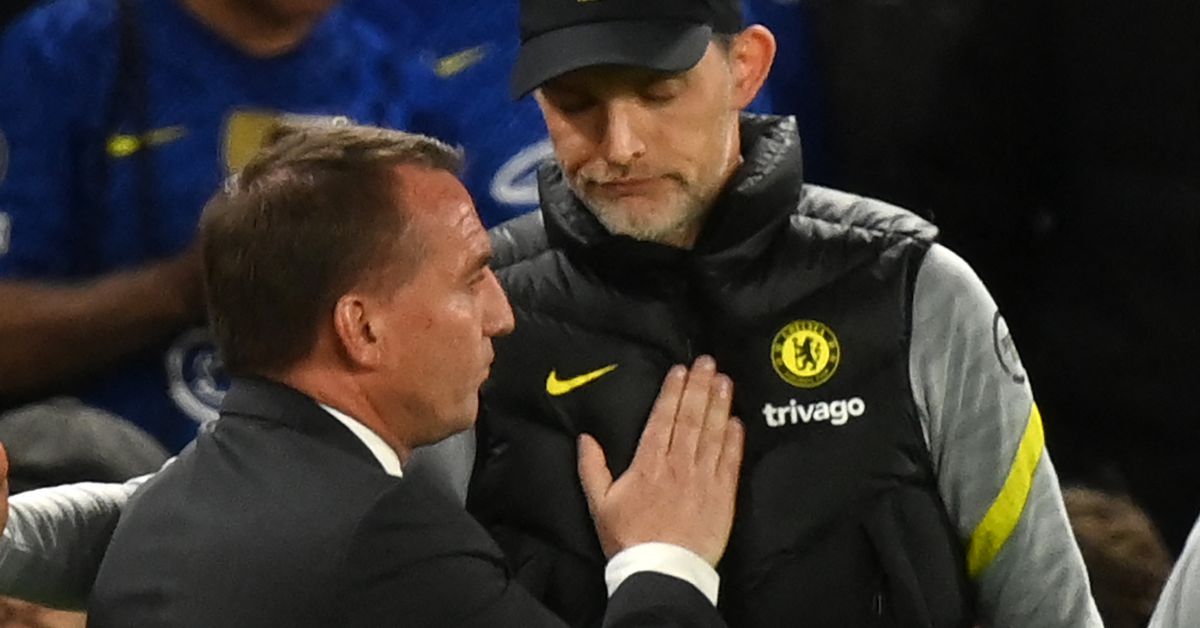 Hopefully, the football diarrhea we witnessed last weekend will have gotten out of our system for good and with appropriately violent force. Sorry, I’ve been dealing with a bit of gastroenteritis (I think?) here today, and now we can hit the steady road to recovery. . Maybe some bland foods. Lots of liquids, of course. But without rest!

No, we definitely can’t afford any kind of break, as the schedule is increasing in frequency now. Another match will follow on Tuesday and twice-weekly matches will be the norm until the start of the World Cup in November (barring a two-week international break at the end of September).

Of course, Leicester City have the same need to win as we do, and they also have narrative strength on their side, although neither team will have Wesley Fofana on their side for this one.

Chelsea team news: Chelsea have gone a whole week without signing anyone, and although there are several in preparation for the few days remaining in the transfer window, we come into this game with a slightly smaller squad than we’ve grown accustomed to. Fortunately, everyone (including Mateo Kovačić) should be available for at least some bench work other than N’Golo Kanté, although that’s obviously a huge loss.

Thomas Tuchel has hinted at possible tactical adjustments after the Elland Road debacle, but it seems unlikely he’ll throw his tactical baby out with the bathwater, or anything like that.

Leicester City Team News: Former Chelsea defender Ryan Bertrand has been ruled out indefinitely with a knee problem. Future Chelsea defender Wesley Fofana has been ruled out until the end of his career at the Foxes, which should be this weekend. Ricardo Pereira is also out, while James Maddison faces a late fitness test (and a Newcastle test too?).

Leicester recorded their first win of the season in midweek in the League Cup, needing penalties to overcome the team third from bottom (89 of 92) in the English Football League pyramid. On opening day, they gave up a two-goal lead in the final 30 minutes to draw level; last weekend, they gave up a one-goal lead in the final 30 minutes to lose. In between, they were beaten by Premier League champions Arsenal (wait, they don’t hand over the trophy after three games?).

Underestimating them would, of course, be a mistake, even if they haven’t yet made a notable signing this summer: Danny Ward stepped in to replace Kasper Schmeichel, who joined Nice; Alex Smithies joined as Cardiff City’s new back-up.

View from the enemy: Fosse’s gang

Previously: Chelsea had to settle for a 1-1 draw at the Bridge in May in the penultimate game of the season. Marcos Alonso scored to cancel Maddison’s early goal. In the reverse encounter, Chelsea won easily, 3-0 at the King Power.