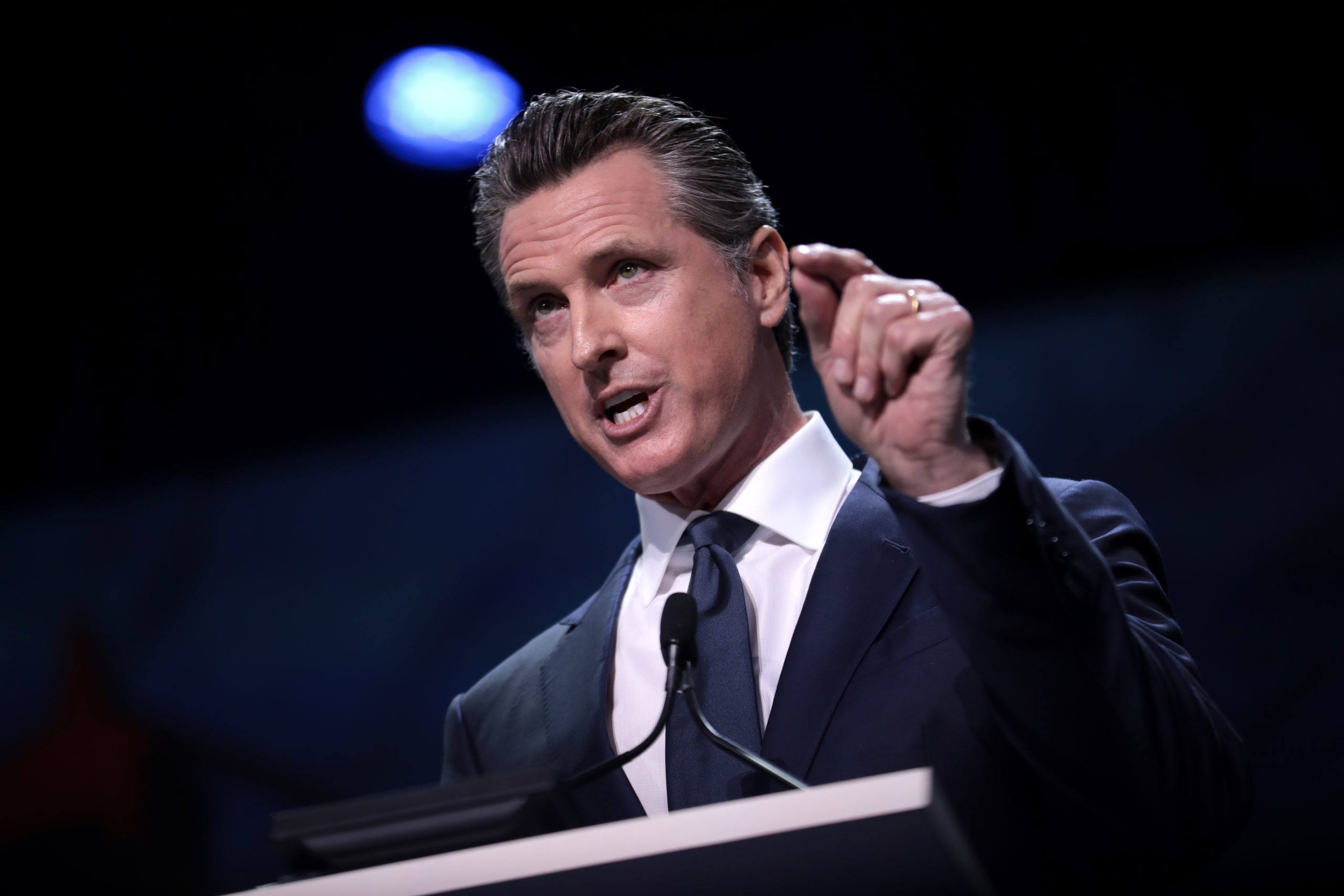 California is experiencing the worst affordable housing shortage in the nation and, not coincidentally, the country bigger and more visible homeless crisis too. But instead of tackling the root of this crisis, the landed gentry and other special interest groups that largely drive state politics have demanded aggressive action to eliminate its most conspicuous symptoms. Some conservative-leaning elected officials have responded by proposing acts of outright cruelty, such as send the homeless out of town altogether.

But two of the most powerful Democrats in the state, Gov. Gavin Newsom and newly elected Los Angeles Mayor Karen Bass have gone to great lengths to disguise their homelessness removal efforts as “caring” and “compassionate,” rather than favors for business and real estate owners. local governments that control state and local politics.

Over the past year, Newsom and Bass have each launched their own programs designed to get people off the streets, humanely, of course. Under legislation championed by Newsom and approved by the state legislature last year, local officials will soon have the power to force certain homeless people into psychiatric treatment, a plan that many mental health advocates and civil rights groups to oppose to. And, in the past month, Bass has begun lobbying homeless Angelenos to move into city-provided motels. Although the measure is intended to be temporary, it only entails a vague promise of permanent housing, linked to affordable housing units yet to be built.

Despite these significant shortcomings, Newsom and Bass have managed to convince a large portion of the media and the public that their proposals are acts of care for the homeless.

The proposal passed the state legislature last year, despite rejection by mental health professionals who argue that court-ordered treatment programs are actively harmful. In June, as Newsom pressed lawmakers to adopt his proposal, the ACLU of California lobby group pleaded with lawmakers to refute the idea, stating that it would “unveil decades of hard-won progress by the disability rights movement in ensuring self-determination, equality and dignity for people with disabilities.”

Critics also blasted the bill for failing to guarantee housing for CARE Tribunal participants and for doing nothing to mandate construction of new, affordable housing. While the Newsom administration has separately funded creating new housing units for those in need, the CARE Act enacted last year only states that someone referred to the CARE Court “may” receive housing resources afterwards, meaning people could be forced to comply with the regimes medication or other requirements while you continue to live on the street.

The basic contours of Newsom’s plan bear a striking resemblance to an initiative New York City Mayor Eric Adams unveiled late last year. as defenders told the appeal so forced treatment can leave people with lifelong trauma and financial consequences. People hospitalized for mental health problems can be barred from obtaining a large number of professional licenses, denied access to higher education, or barred from obtaining a commercial driver’s license. In some cases, they may even lose the right to parent their own children. Studies have also found that involuntarily hospitalized youth are less likely to seek medical help if they are feeling suicidal and, overall, say they have much less trust in the medical system.

Newsom has done little to address or even acknowledge these concerns. In fact, hearing it from the governor, or from the media that has credulously he repeated his descriptions of CARE Courts—he is responsible for kindness befitting a modern-day Mother Teresa.

“CARE Court is about meeting people where they are and acting compassionately to support the thousands of Californians living on our streets with serious mental health and substance use disorders,” Newsom stated in a press release last year. .

while the state first CARE Court programs are scheduled to start operating later this year, including in Los Angeles County before December 1—Mayor Bass isn’t waiting to start sweeping Los Angeles’ homeless out of sight. In December he announced “Inside the safe” a program that offers to move people off the streets to motel rooms provided by the city. Bass has promised that the initiative will give participants the opportunity to obtain permanent housing.

However, it is worrying that Bass has started displacing people—starting with a long-standing homeless camp in Venice—without announcing concrete plans to build affordable housing. So far, Bass has offered little more than a promise of expedite the permit process for new construction projects.

While Bass may well follow through on that offer, the odds are not in his favor: Los Angeles real estate is prohibitively expensive, and local homeowners and business groups tend to fight similar projects with fan fervor. religious. The latest local attempt at a “housing first” homeless policy, a federally funded policy program called Project Roomkeyonly hosted one third of the people who had initially planned due to lack of resources. (Thankfully, though, the Bass administration will start receiving an influx of cash on April 1 thanks to Measure ULA, a 2022 ballot petition that imposed a new tax in the ultra-rich to finance affordable housing and rental assistance).

Inside Safe participants have reportedly been pressured to pitch tents and other belongings as a condition of the program. If they eventually lose access to their new home, they are likely to stay with less than they started. And while Bass has claimed that Inside Safe only “voluntarily” moving people into motels, the outreach of the city comes with a implied threat. Those who remain on the streets may later be forcibly removed, fined or even arrested as part of the city’s security measures. draconian outdoor camping bana law that has Bass said she supports. (Bass has also drawn criticism from homeless advocates after the city cleared homeless encampments near Los Angeles City Hall days before his inauguration last month).

As with the CARE Act, Inside Safe has holes that carry serious potential for harm. Attempts to market these approaches as “compassionate” reek of political games, hasty planning, and a focus on optics rather than substance. Although they are billed as transformative acts of healing, the one thing that either plan fully guarantees is that the homeless, at least for the time being, will be removed from public view.

Los Angeles police officer murdered a 31-year-old black high school teacher who had been in a traffic accident and asked them for help. The victim, Keenan Anderson, was a cousin of Black Lives Matter co-founder Patrisse Cullors. [Sam Levin / The Guardian]

Police killed more than 1,100 people in 2022, the highest number in a single year since Mapping Police Violence began collecting data ten years ago. Nearly 1 in 4 victims were black, even though blacks make up about 13 percent of the US population. [Sharon Zhang / Truthout]

Eteng Ettah check out “how the prison system came to be – and was dismantled – on the hottest shows of 2022”. [Eteng Ettah / Scalawag]

Last August, Larry Price, who had paranoid schizophrenia and a developmental disability, died in his cell at the Sebastian County Jail in Arkansas. His cause of death was dehydration and malnutrition. Earlier this month, his estate filed a lawsuit against the county and the jail’s health care provider. [Tesfaye Negussie / ABC News]

Appeals Board Member Josie Duffy Rice debuted a new podcast, UNREFORMED: the Story of the Alabama Industrial School for Negro Children, where thousands of black children were subjected to physical and sexual violence and forced to work in the fields surrounding the school. [Josie Duffy Rice / Twitter]

The police murder of Tortuguita, a protester in the Atlanta woods, follows months of escalations by law enforcement against the Stop Cop City movement. Aja Arnold reports about the aftermath and the questions swirling around the official narrative of the shooting.

A recent policy change in New Jersey it was just the most recent result of a debate that often frames the humane treatment of trans prisoners as a threat to the safety of the rest of the population, especially in the case of trans women, writes adam rhodes.

Bill in New York would amend the state constitution to end the nearly 200-year-old practice of felony disenfranchisement. He the sponsors of the bill write that it would be a way to honor MLK’s legacy of voting rights.

Elizabeth Weill-Greenberg reports Children in Angola have been locked in their cells for days at a time, only allowed out to shower, according to a teenager who was held in the former death row unit. Power often goes out when it rains. When it’s cold, there is no hot water. Weill-Greenberg spoke about her reporting on KPFA Law and Disorder with Cat Brooks.

That’s all for this week. As always, feel free to leave us. Some commentsand if you want to invest in the future of The Appeal, donate here.