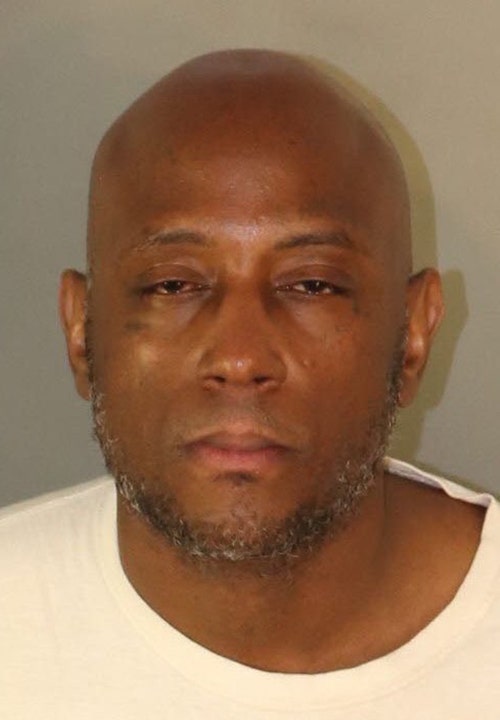 A California parolee is back in custody, charged with auto theft, kidnapping and burglary.

Riverside police say Ronald Rafeek Legardy Jr., 42, was on probation for a previous carjacking in San Bernardino County. He was arrested for the alleged crimes that took place on January 20.

At approximately 12:40 p.m., officers respond to a reported carjacking downtown. The suspect reportedly approached a detained woman in her car, brandished a firearm, then robbed and kidnapped her at gunpoint. He forced her away from her. After circling the area, the victim was able to escape and Legardy allegedly drove off with the stolen car.

Approximately 40 minutes later, officers received a call about a person matching the description of the carjacking suspect knocking on doors in the 5900 block of Meadowbrook Lane. The suspect was seen talking to an elderly man before they both went missing.

When officers arrived, they found the carjacking suspect inside and the elderly man beaten up, pushed into a closet and hidden under a pile of clothes. The old man lived alone, and there should be no one else inside his house.

Legardy was safely detained by officers and is currently being held without bond.

The elderly victim was taken to a local hospital for upper body and head injuries. Since then he has been released over the weekend.

The adult female victim of the carjacking and kidnapping suffered no injuries.

The weapon believed to have been used by the suspect was located within the scene of the home invasion robbery and was determined to be a pellet gun resembling a Glock-style pistol, police said.
(Riverside Police Department)

The weapon believed to have been used by the suspect was found within the scene of the home invasion robbery and was determined to be a pellet gun resembling a Glock-style pistol, according to a news release from the police. The stolen vehicle taken during the carjacking was also found parked outside the house across the street.

The investigation is ongoing. Anyone with information is asked to contact the Riverside Police Department.