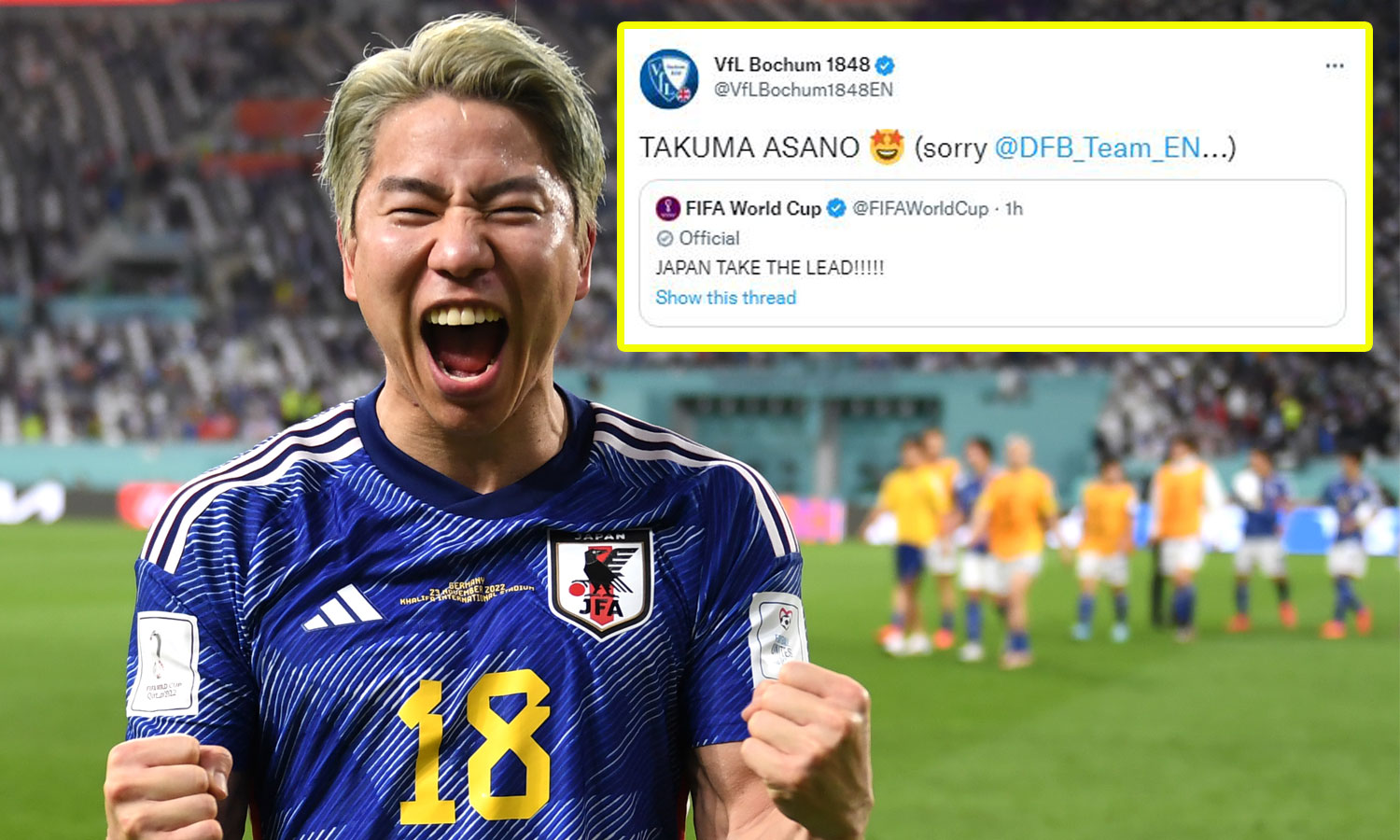 VFL Bochum put national allegiance aside as they celebrated their star’s winning goal at the World Cup.

Takuma Asano scored the game-winner to cap off a huge upset in Qatar as Japan came from behind to win 2-1 over Germany.

Asano has been playing in the German Bundesliga for much of his career since heading to Europe in 2016.

After a spell at Arsenal, he played for Partizan Belgrade before joining Bochum in the summer of 2021.

But while the Bundesliga side will be disappointed to see their country come up short in their World Cup opener, they saw the bright side as they celebrated their star’s winning moment.

Along with a starry-eyed emoji next to Asano’s name, Bochum said: “Sorry @DFB_Team-En…”

Of course, Asano’s goal wouldn’t have meant as much if Japan hadn’t equalized through Ritsu Doan with 15 minutes remaining.

Doan is another member of the Japanese national team that plays its football in the German top flight, this time with SC Freiburg.

Freiburg also took to social media, albeit with a more subdued message that simply translated as: “Congratulations @doan_ritsu.”

It’s been a great day for both Doan and Asano, but they are certainly hoping that Germany will have a successful race as well.