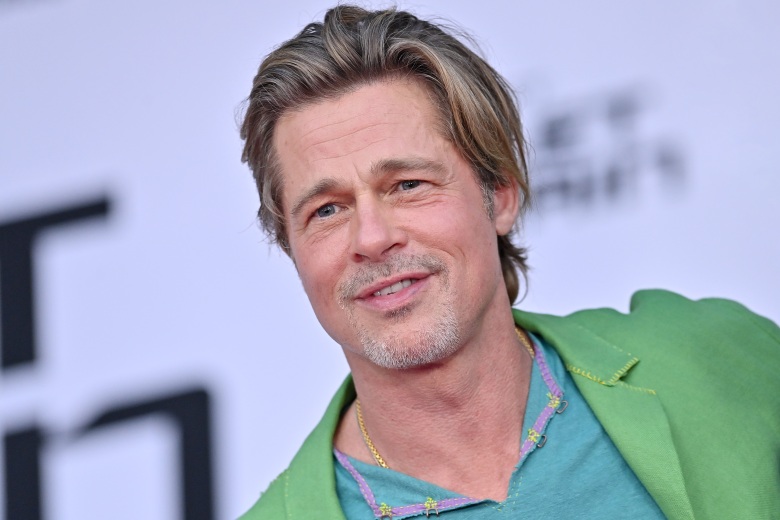 “It was born out of ownership of what I call a radical inventory of oneself,” said the Oscar-winning turned sculptor.

“For Nick and I, this is a new world and our first entry. It feels good,” Pitt told Finnish broadcaster Yle at the opening ceremony (via The Independent).

Pitt, described as a “largely self-taught” artist, explained that his pieces are part of his emotional rebirth.

“For me, it’s about self-reflection,” Pitt reflected. “It’s about where I’ve gone wrong in my relationships, where I’ve gone wrong, where I’m complicit. For me, it was born out of owning what I call a radical inventory of self, being really brutally honest with myself and taking into account those I may have hurt, the times I was wrong.”

Pitt’s works include a cast plaster panel entitled “Self-Inflicted Gunshot Wound in the House” which was made from bullets crystallized in platinum silicone. Another sculptor named “Candelabra for Loved Ones” was “made in the time of COVID”. A bronze box with hands, feet and faces is called “Aiming at you, I saw myself, but this time it was too late.”

Pitt previously expressed his fandom for the British reality series “The Great Pottery Throw Down,” reporting on his latest artwork. “I’ve watched every season,” Pitt confirmed, adding that the show is “so beautiful.”

According to an official synopsis (for those unfamiliar with the kiln-centric series), “The Great Pottery Throw Down” centers on 10 home potters from across the country who venture to Stoke-on-Trent, the home of pottery, on his quest to become the best potter.

The official page of the show. retweeted the “Bullet Train” interview with the caption: “The first rule of the pottery club is: you *must* talk about pottery,” nodding to “Fight Club.”

Great news! @SaraHildenArt in #Tampere #Finland presents the first Thomas Houseago exhibition in the Nordic countries. In the exhibition you can see his sculptures and paintings along with a series of ceramics by Nick Cave and sculptures by Brad Pitt 🤩. Photo: Jussi Koivunen #VisitTampere pic.twitter.com/OFixSLj9tp