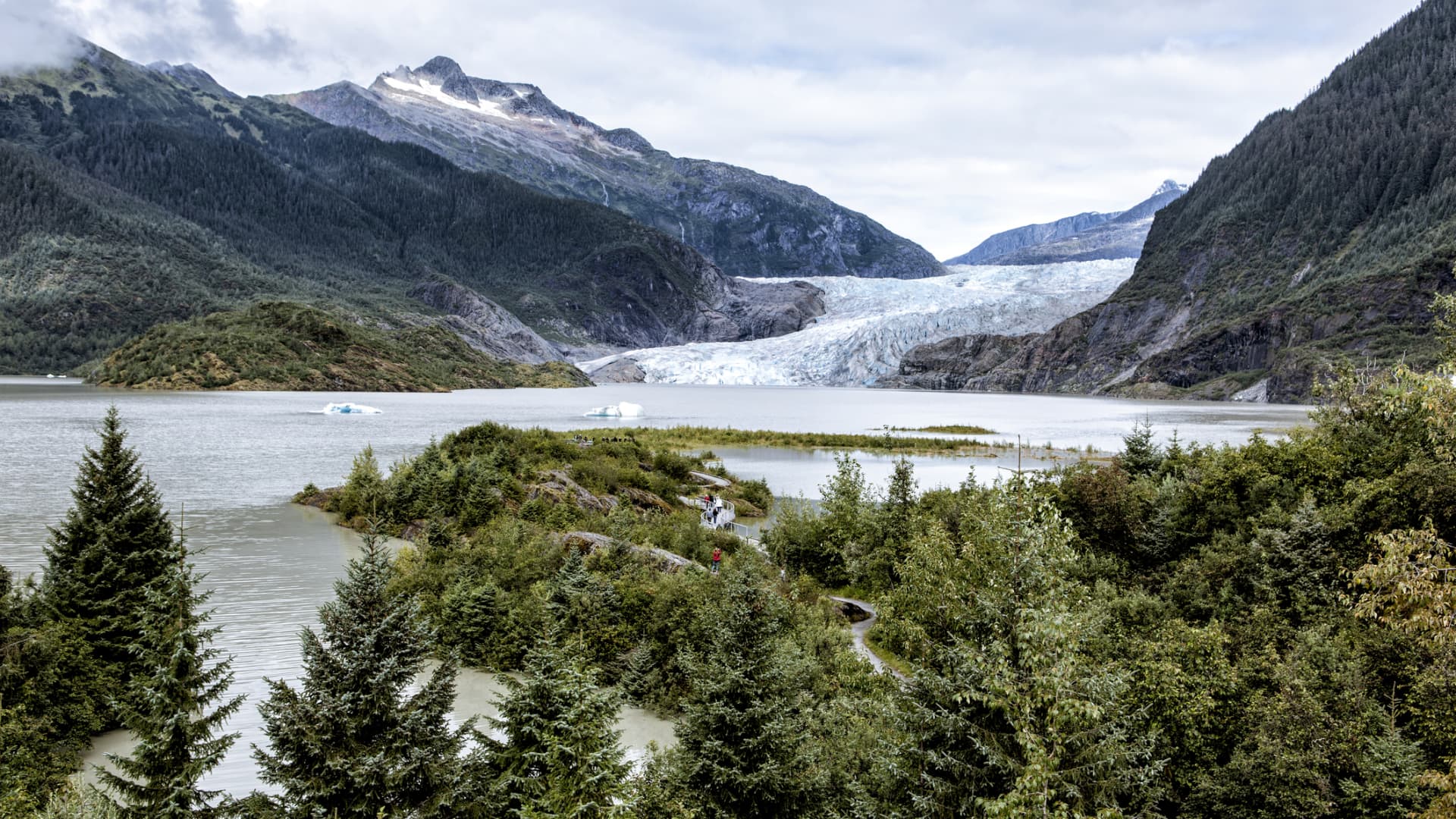 Part of the Tongass National Forest

The rule, which was finalized by the US Department of Agriculture, repeals a Trump administration decision that removed safeguards for the forest in southeast Alaska. The agency’s plan prohibits road construction, reconstruction and timber harvesting in roadless areas of the rainforest.

The Tongass is a pristine 16.7 million acre area that serves as a major carbon sink and provides habitat for wildlife such as salmon and trout, grizzly bears, and bald eagles. The rainforest is also considered critical for carbon sequestration and storage to help mitigate climate change. The nation’s forests absorb carbon dioxide equivalent to more than 10% of annual US greenhouse gas emissions, according to the USDA.

“As our nation’s largest national forest and the world’s largest intact temperate rainforest, the Tongass National Forest is key to conserving biodiversity and addressing the climate crisis,” Agriculture Secretary Tom Vilsack said in a statement. .

“Restore Roadless Protections hears the voices of the tribal nations and people of Southeast Alaska while recognizing the importance of fishing and tourism to the region’s economy,” Vilsack added.

The dispute over the protections of the Tongass has lasted for more than a couple of decades. Alaska officials have argued that restrictions on roadless areas of the rainforest have limited economic opportunities for the state.

“Alaskans deserve access to the resources the Tongass provides: jobs, renewable energy resources and tourism, not a government plan that treats humans within a functioning forest as an invasive species,” Dunleavy wrote.

Environmental groups hailed the rule as a victory for the forest, its wildlife and the local communities that depend on its intact ecosystems.

“This decision puts public lands and people first, and we are grateful for the action,” Andy Moderow, state director of the Alaska Wilderness League, said in a statement.