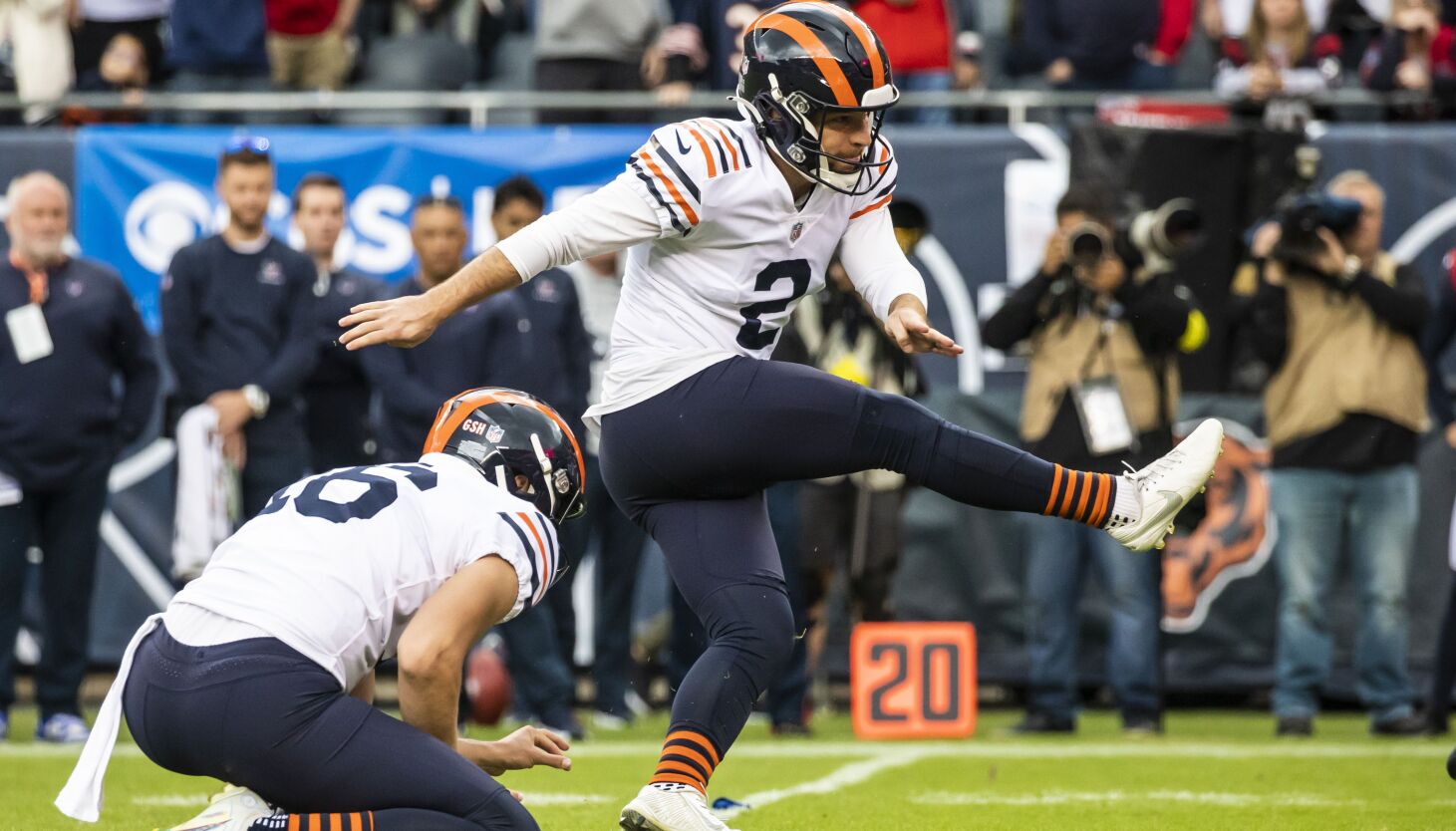 When Roquan Smith intercepted Davis Mills with 70 seconds left on Sunday, Bears kicker Cairo Santos had a decision to make. Santos normally kicks his extra points from the right hash mark. However, a cross breeze during Sunday’s game made him reconsider.

Santos told his coaches to put the ball on the left hash. That’s just what Justin Fields did as he took a knee at the 12-yard line, setting up a 30-yard attempt with three seconds left that Santos made to secure a 23-20 victory against the Texans.

“It’s easy to kick from the left and hit a straight shot,” Santos said. “So I just asked for a left hash kick and they got it. It takes us all.”

That communication is a good sign from the Bears’ coaching staff. One of former head coach Matt Nagy’s most maddening losses came when, in a 2019 home game against the Chargers, Eddy Pineiro attempted a 41-yard field goal from the left mark and missed. He later said that his preference was to kick from the correct hash.

Santos’ game-winning goal on Sunday was his first since Thanksgiving last year, when he hit a 28-yard pass with time running out to beat the winless Lions.

“I had a feeling this was one of those games that would ultimately turn into a big play…” he said. “From the age of 30, I had the feeling that if he hit the ball well, the wind and all that was not a factor.”

Lay on the floor

The Texans started a drive at their own 9-yard line with 6:39 remaining in the game when running back Dameon Pierce took a handball, was hit by cornerback Kindle Vildor and Al-Quadin Muhammad and fumbled. Bears linebacker Joe Thomas, who was called up from the practice squad on Saturday, pounced on the ball. He dribbled between his legs and into the arms of Texans right tackle Tytus Howard.

“I should have gone to bed,” Thomas said. “I was a bit on my knees. …Roquan made up for it. I can sleep better.”

After going 30 games without an interception, Bears safety Eddie Jackson is now two of three games this season. Standing in the end zone, Jackson intercepted a Mills pass intended for Brandin Cooks on the final play of the first quarter. The pass was thrown into the air by cornerback Kindle Vildor and landed in his arms.

“That’s what happens when you rush in and play with intensity,” he said.

“I knew it was going to come at some point,” he said.