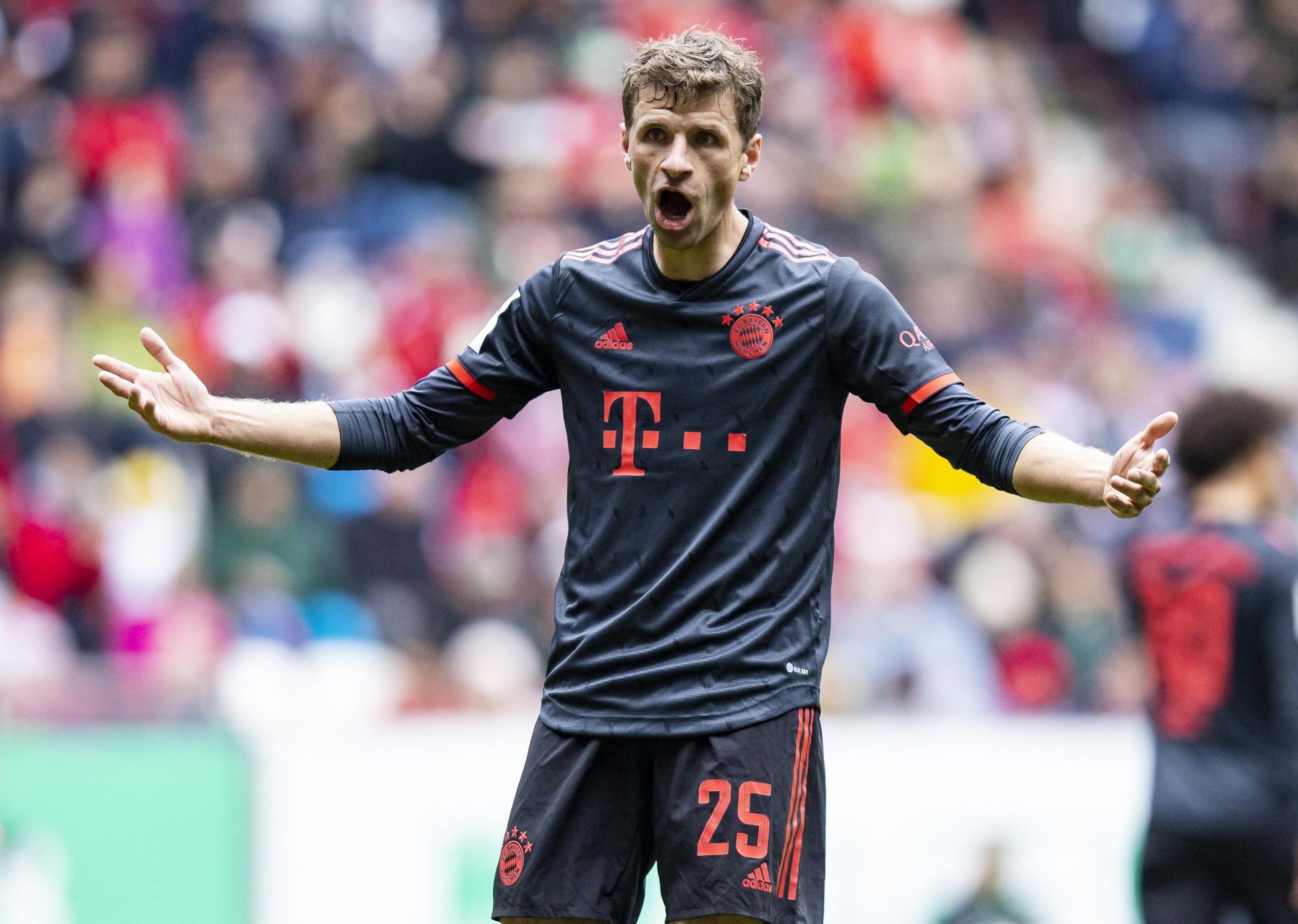 BERLIN (AP) — Munich’s Oktoberfest beer is in full swing, but Germany’s most successful soccer club isn’t in the mood to party.

Bayern Munich is in crisis after four consecutive Bundesliga games without a win.

Doubt, uncertainty, disbelief and anger. All have been in evidence at the club since Bavarian rivals Augsburg defeated Julian Nagelsmann’s star-studded side. 1-0 on Saturday.

There was quiet excitement from the crew and officials as they dressed in their traditional Bavarian costumes to visit Oktoberfest on Sunday: smiles for the cameras, but little joy.

The 10-time defending champions had started the season brilliantly, scoring 15 goals and conceding just one in their first three games for the best start any team has ever had in the Bundesliga.

Bayern have not won since then, being held in three successive draws by Borussia Mönchengladbach, Union Berlin and Stuttgart, before Saturday’s clash also ended Bayern’s league record of scoring in 87 consecutive games. Leipzig was the last team to keep Bayern goalless in the Bundesliga on February 9, 2020.

“In the first three, four or five weeks we didn’t give the opponents any chances,” said Bayern midfielder Marcel Sabitzer, “but suddenly it was all gone.”

It’s not the first time Bayern have suffered from a hangover ahead of the annual Oktoberfest celebrations. Niko Kovac’s team lost before festival visits in 2018 and 2019, while Carlo Ancelotti was sacked shortly after the team’s visit in 2017. Pep Guardiola was the last Bayern coach to oversee a win just before Oktoberfest in 2015.

The event did not take place last year or the year before. due to the unpredictable development of COVID-19 infections and restrictions.

Nagelsmann, expected to lead Bayern to more than “just” the Bundesliga in his second season in charge, appears perplexed, struggling to find answers amid his team’s slump.

“I need to think about everything, myself, the situation, everything,” a visibly upset Nagelsmann said at Saturday’s postgame news conference.

Nagelsmann bristled when asked if the team missed Robert Lewandowski, who moved to Barcelona in the offseason and has continued his goal-scoring form in Spain.

“It’s the same thing I’m saying,” Nagelsmann said. “If I say ‘no,’ everyone will say ‘he doesn’t know the problem,’ and if I say ‘yes,’ everyone will write ‘he misses Lewandowski.’ The answer doesn’t matter.”

But it is clear that Bayern have problems converting chances. The team had 19 attempts on goal against Augsburg, two of them by Bayern goalkeeper Manuel Neuer, but in the end it was Neuer’s counterpart Rafał Gikiewicz who celebrated several outstanding saves.

Bayern veteran Thomas Müller said he was “angry” after the third draw. After the fourth game without a win, he said, “we are standing here stunned and devastated. It matches the weather, it’s getting darker.”

Sadio Mané is being criticized for the first time since he arrived from Liverpool. The Senegalese star scored three goals in his first three Bundesliga appearances but none since.

There has also been speculation about Nagelsmann’s future, with some linking former Borussia Dortmund manager Thomas Tuchel with the club. Tuchel is available after Chelsea sacked him earlier this month.

But both Bayern chief executive Oliver Kahn and club president Herbert Hainer said they were backing Nagelsmann and were not even thinking of a change.

“We are completely convinced by Julian Nagelsmann and our entire team,” Hainer told local newspapers Münchner Merkur and TZ. “The season has just started and we know we have the potential to achieve our big goals.”

While Bayern are struggling in the Bundesliga, the team’s Champions League campaign is off to a winning start after victories at Inter Milan and at home over Barcelona.

“When we play Bayern, we all sit in the locker room after the game and think, ‘Wow, how intense are they in their game,'” Gosens said on Monday after joining the rest of the Germany squad for upcoming internationals. “It is already the absolute highest level in Europe and in the world. They took us by surprise, they overwhelmed us and they showed twice the intensity that we did.”

However, there were warning signs in Bayern’s 2-0 win over Barcelona last week, when the visitors created more chances. and they were only caught by quick goals after the interval.

Then came the first loss of the season at modest Augsburg.

The international break is giving Bayern players and managers time to reflect on the situation. The next match, against Bayer Leverkusen in the Bundesliga on September 30, will show whether or not that was beneficial.