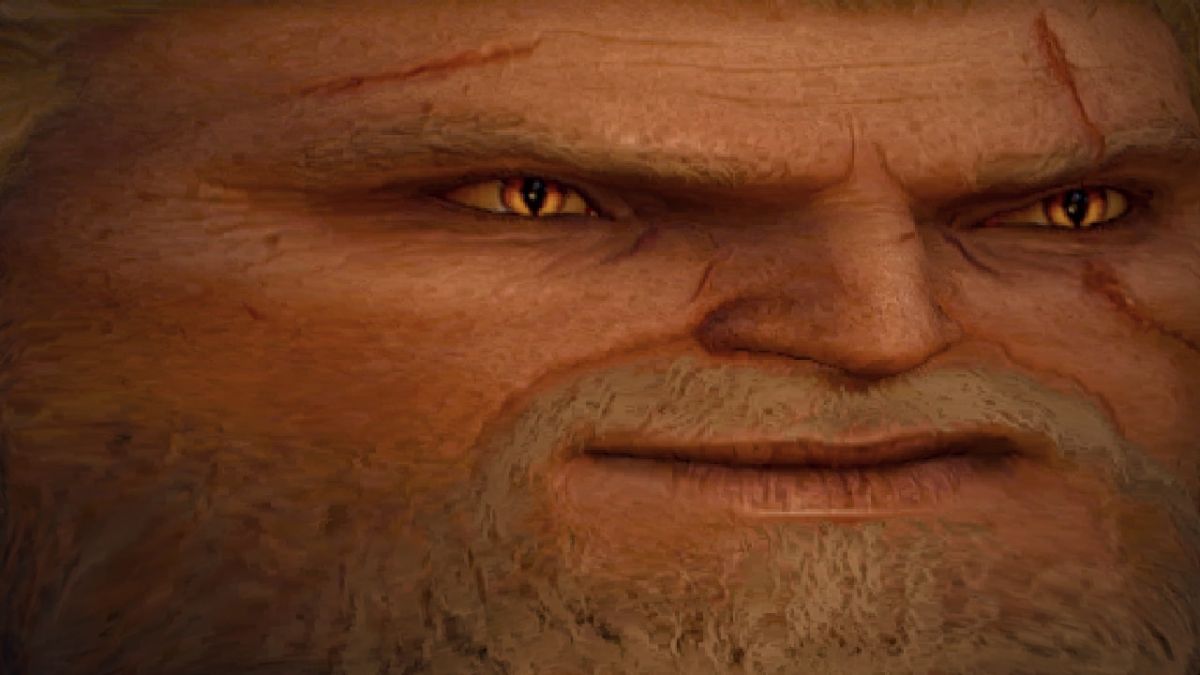 CD Projekt unceremoniously announced this week that it has three, no, four, no, five?: New Witcher games in development, along with a sequel to Cyberpunk 2077. Big Geralt is back.

Or at least, witchcraft is. We don’t know if any of CD Projekt’s planned games will star or guest star Geralt of Rivia, though the company has said its next big RPG won’t be Geralt’s story. Now we know that game, which we tentatively call the witcher 4, will be the beginning of “a new triple-A RPG trilogy”. CD Projekt has given that game the code name Polaris. Will it star Ciri or a whole new cast of characters? we do not know

It seems more likely that Geralt will appear in one of the planned spin-offs that CD Projekt referred to with code names this week: there’s Canis Majoris, a “complete Witcher game, separate from the new Witcher saga that begins with Polaris.” “, and also Sirius, a Witcher game from former indie studio Molasses Flood that will include multiplayer in some way.

These are not the only rumors in the Witcherverse. The third season of Netflix’s Witcher series is due out next year, and the spin-off prequel The Witcher: Blood Origin, starring Michelle Yeoh, will debut in December 2022. Netflix has said it has another anime film and a “family-friendly” animated series. “On the way too.

That’s a lot of Witcher. But is it too Witcher? Is CD Projekt just trying to appease investors or is it finally giving the series the attention it deserves? Our team is torn between skepticism and excitement, so we argue.

Wes Fenlon, Senior Editor: If you think CD Projekt will really manage three new RPGs over a six year period, I have a bridge in Novigrad to sell you. 10 years sounds much more realistic. Six years (!?) seems like an impossible schedule for a studio that had to delay The Witcher 3 twice and Cyberpunk 2077 three times. And it’s not just because those games take years to develop: CD Projekt also has a long history of supporting its games after release, with months of patches and updates to polish them off. Cyberpunk has desperately needed that time to feel like a finished game, but in the case of The Witcher 3, CD Projekt was simply making a great game better; still, that post-release vital time seems unrealistic if two sequels have to be made in six years. On the plus side, since I assume each sequel takes a year or two longer than expected, I’m less worried about running out on the Witcher games than I otherwise would be.

Lauren Aitken, Guides Editor: Three games delivered over a six year period is absolutely doable! After the first game comes out, it could be a three or four year wait for the next one before the final chapter arrives two years later. It’s ambitious, and CDPR has definitely done a 180 from “we’re not going to give definite timescales anymore!” atmosphere since Cyberpunk 2077 came out. It makes me think that these games will be smaller in scope and much further along in production than has been claimed. Or they’re building it as one big game that, when it’s almost done, they’ll split it into three games and release a trilogy. Blood and Wine and Hearts of Stone added an additional 30-40 hours to Witcher 3, and both came out a year after Witcher 3 was released, so the expectation that it can work is already set.

A trilogy released in a short period of time worked with Mass Effect so it can work here! Either way, stick it in my veins.

Wess: This is the biggest concern for me. I’ve played all three Witcher RPGs and enjoyed them all, but each one has a very strong and very different identity. If CD Projekt is making three more in quick succession, I imagine the necessary asset reuse and design learnings will make them much more similar. Maybe the developers end up surpassing that through sheer quality of writing and mission design, that would be awesome. But assuming they’re all open world RPGs following the same characters, which seems likely if they’re planning a distinct trilogy, I’m having trouble imagining them feeling as distinct as the first three Witchers, or improving dramatically between games. .

Announcing three games from the start feels like a business decision to me, not one driven by game developers with so many plans and ambitions that one game just wouldn’t cut it. But hey, if they aspire to do something like the Mass Effect trilogy with story decisions that carry over between games, I’m curious to see how it goes.

lauren: There’s a lot going on besides a trilogy! The Sirius project is being done by The Molasses Flood, so it will be a separate development from the internal Witcher team. Looking at their previous games (The Flame in the Flood, Drake Hollow) it will likely be unlike any Witcher game in existence right now, including Gwent and indie and spin-offs like Thronebreaker.

Canis Majoris is also being developed by a separate team, a third-party studio founded by Witcher veterans. It is unclear if this is a subsidiary of CDPR or an as-yet-unnamed team; they may even be part of the new Boston team (although it looks like that studio will focus on Cyberpunk 2077 and its sequel Project Orion Orion). I think the trilogy will be the most recognizable, I hate to say the same thing, and Canis Majoris has the potential to feel very Geralt-y if it’s run by a team that worked on The Witcher 3’s design and quests. Maybe Canis Majoris will be Ciri’s game rather than a full trilogy about her, or maybe it’s the Dandelion RPG Fraser wishes she could play.

If the trilogy focuses on a new school, as the Lynx medallion strongly suggests, then there must be a new way to recruit Witchers, and perhaps a new way to mutate them (could Keira & Lambert have something to do with that?). This would take him in a direction of “modern” sorcery and alchemy as the two, along with potentially Ciri, Geralt and co. could come up with new monster hunting methods with new Witchers. Or maybe they get away from the monsters on this planet and can traverse time and space using portals? You also have to wonder which of these games, if any, will be based on the canon ending ‘Ciri becomes the Witcher’. Or are we looking further into the future for new threats? Who else is lurking in the shadows that we must consider, even more terrifying vampires than Detlaffe or the Invisible Ancient? Use your imagination, Wes!

Between gaming and TV, can we get to see too much of the Northern Kingdoms?

Wess: As much as I love The Witcher 3, I think the last few years of media in general have really made me too bitter about a good thing. I lived and breathed Star Wars in my teens and even 20s, and I’ve seen pretty much everything from the MCU, too, but I feel the fatigue for both these days. They really did make a movie about young Han Solo and I watched it like a chump. I don’t want to play a game starring young Geralt, or papa Vesemir, or watch a Netflix spin-off about Dandelion. I love these characters! But partly I love that I don’t know everything about them.

My favorite thing about The Witcher 3 is how certain quests will see Geralt cross paths with another Witcher or an old acquaintance; CD Projekt did a brilliant job of writing dialogue that outlined their relationships and history without spilling information about their life stories. It made the world feel bigger and more real, and reinforced the number of adventures Geralt had been on. You lose something when each of those characters has their own origin story and each piece of media interconnects, Marvel-style, and starts prioritizing building the shared universe over making individual pieces cool.

That may never happen with The Witcher, since CD Projekt and Netflix are each doing their own thing, it’s not really an MCU situation. But a new trilogy and more spin-off games on top of that, all developed simultaneously, is enough to make me nervous. And tired.

lauren: However, there is much of the world beyond the main cities that needs to be explored! Visiting Aretuza in-game would be great, as would exploring Mahakam, Lyria, and Rivia, but further afield than we’ve been able to so far. You can briefly visit these areas in Thronebreaker, but it’s not the same as building a full world. Witcher isn’t just restricted to the Northern Kingdoms or Novigrad and it’s time to go further.

I would like to see more Witchers in one place and not just have a token quest where everyone gets drunk in a fortress, that’s one of my favorite Witcher 3 quests, but seeing them interact in the wild was great too. I wish CD Projekt would focus a bit more on sorceresses and definitely more elves, considering their story from The Witcher 2 was fleshed out in The Witcher 3. And I want to reproduce more of the great stories from the books that they involve golden dragons. But that’s because I’m a huge nerd.

I’m equally hesitant about The Witcher going MCU a bit. But honestly, I enjoy the Witcher universe so much outside of gaming that this isn’t really a concern for me. It seems risky to claim that so many Witcher projects are in development at the same time, along with a sequel to CP2077 and more. I get it, though: CD Projekt is looking for more investment, wants to build a bit of mystery and excitement for fans, and wants to show that despite CP2077’s “flop” at launch, it’s committed to making games. Striving to move forward with a new studio in Boston is proof of that. Once again, it is an exciting time for CDPR. Never mind new games right now though, where is the Witcher 3 next-gen update?

Wess: While I’m wary of cluttering the Witcher world with side stories and origins, if you give me a Final Fantasy Tactics-style turn-based strategy game, I’ll be there in a second. If you can turn Metal Slug into a tactics game, it will work for Geralt for sure!