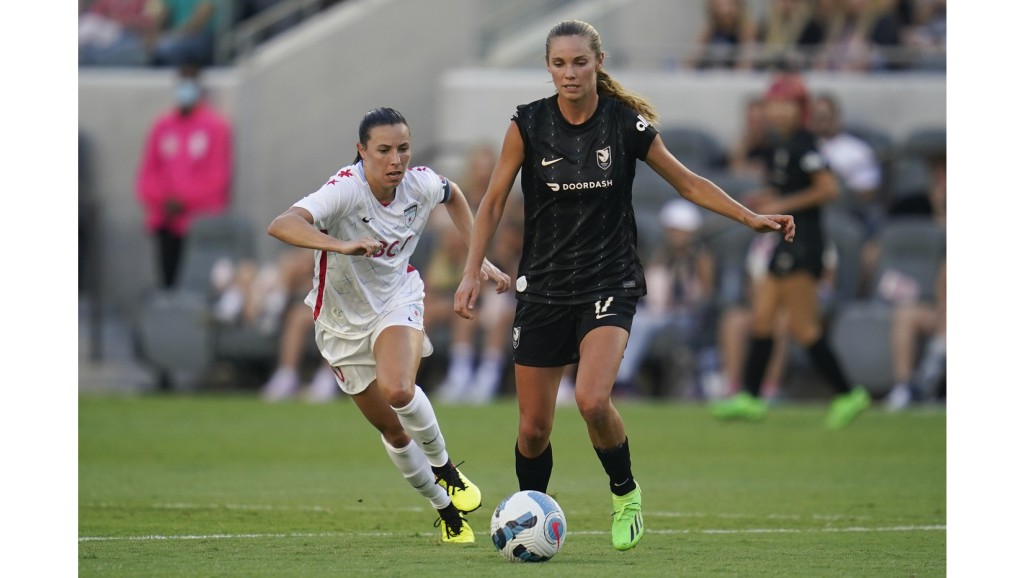 The recently concluded three-game road trip did not go as planned for Angel City Football Club.

In games against the Houston Dash, North Carolina Courage and San Diego Wave FC, Angel City managed just one of nine potential points. On the surface, that would seem to severely hurt the goal of making the playoffs.

Angel City, ranked seventh (7-7-5, 26 points), is in the last three games of the regular season. Fortunately for the expansion team, the next two are at home, where the club will look to the home crowd for a little extra motivation.

“I’m excited for everything to come,” Angel City coach Freya Coombe said after Saturday’s 1-0 loss to San Diego. “I felt like we played well against North Carolina, we played unbelievably well tonight (Saturday against San Diego) despite being fatigued. As far as I’m concerned, keep up the games, because if we can build on this momentum, I think we can finish the season in a strong position, and that will take us to the playoffs.”

Angel City’s challenge throughout the season has been to score goals. The club has only 20 to 19 games. It also hasn’t helped that forward Christen Press (knee) and Sydney Leroux (ankle) are both injured.

If Angel City can win both games at home, the final game of the regular season (Oct. 2 at Chicago) could be for a playoff spot. Angel City has one game remaining over sixth-place Chicago (8-6-6, 30 points), which ranks last in the playoffs, but holding off North Carolina (25 points) and Orlando (21) is the first angel city challenge

Various Southern California products will have the opportunity to play in front of family and friends during Angel City’s next two games. Washington has a strong group of players from the region: Trinity Rodman (Newport Beach), Tara McKeown (Newbury Park), Ashley Sanchez (Monrovia) and Ashley Hatch (San Dimas).

Where: Bank of California Stadium