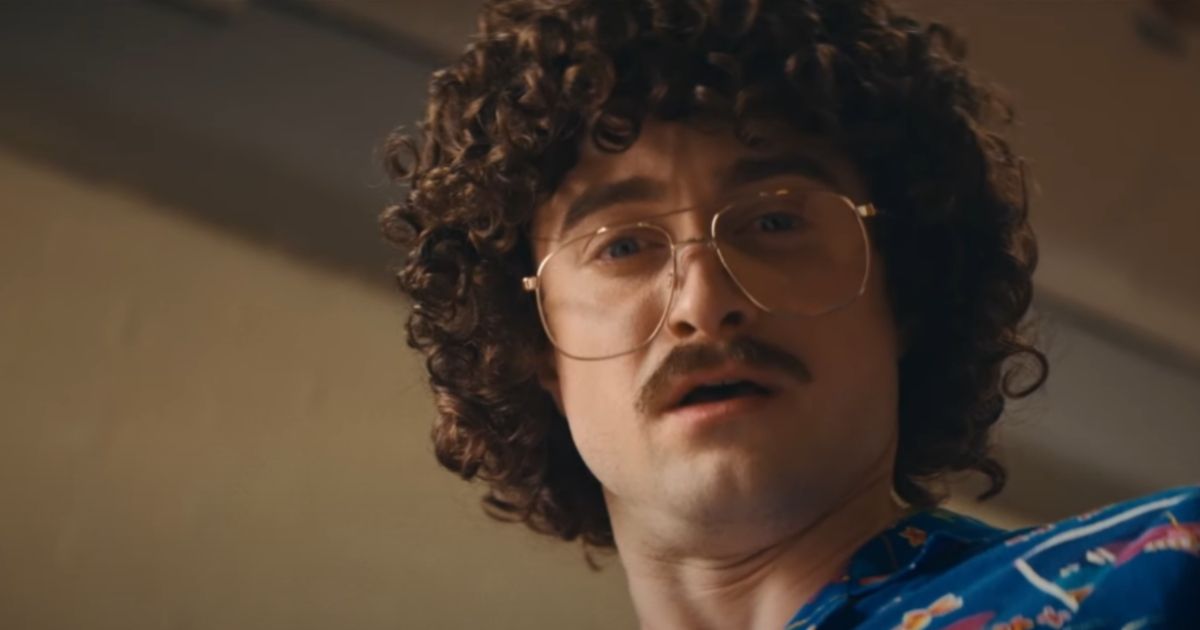 Daniel Radcliffe is “Weird Al” Yankovic in the official trailer for Weird: The Al Yankovic Story. After premiering at the Toronto International Film Festival, the film will arrive on The Roku Channel on November 4, where it will be available to stream for free. The trailer, which you can watch below, offers new footage with a sneak peek of things to come in the bizarre biopic about the weirdest and most revered song parodist of all time.

Eric Appel directed the film using a script he had co-written with the real “Weird Al” Yankovic. It is produced by Funny Or Die and Tango, and along with Radcliffe in the lead, the film also stars Evan Rachel Wood as Madonna. You can read the synopsis for the film below.

“Daniel Radcliffe is “Weird” Al Yankovic in the unhyped true story of the greatest musician of our time. From a conventional upbringing where playing the accordion was a sin, Al rebelled and realized his dream of changing the lyrics of songs from world-renowned. true. An instant success and sex symbol, Al lives an excessive lifestyle and pursues an infamous romance that nearly destroys him.”

“When my last movie ultrahigh frequency came out in 1989, I made a solemn vow to my fans that I would release a major movie every 33 years, like clockwork. I’m very happy to say we’re on time,” Yankovic said of Radcliffe’s casting in a statement. “And I am absolutely thrilled that Daniel Radcliffe is playing me in the movie. I have no doubt that this is the role that future generations will remember him for.”

Related: Weird: The Al Yankovic Story: Why Now Is The Right Time For An Al Weird Movie

The film is based on a parody trailer

This movie is based on a parody trailer made by Funny Or Die in 2013. In the original video, breaking bad star Aaron Paul had played Yankovic. To come full circle again, Yankovic had invited Paul to have a cameo in Weird: The Al Yankovic Story, but the moment did not work. Paul later said that he was overwhelmed at missing the opportunity to appear in the film.

“It’s great. I loved doing that,” Paul said of the original video, via CinemaBlend. “I love Al [Yankovic]I love Eric Appel, who wrote the Funny Or Die skit and directed it. And he wrote the movie with Al, and he’s also directing the feature film. I read that script years ago and it was so outrageously beautiful. It was just when they were poking around to see if they could do this, and I was really excited to see it finally come together, and obviously Daniel [Radcliffe] It’s amazing. So I think it’s absolutely going to crush it.”

Revealing that a COVID diagnosis ruined his chance at a cameo, Paul added, “I’ve never felt sicker in my life. And that’s why we couldn’t do the cameo, so I was absolutely crushed.”

Weird: The Al Yankovic Story will be available exclusively on The Roku Channel beginning Friday, November 4, 2022.