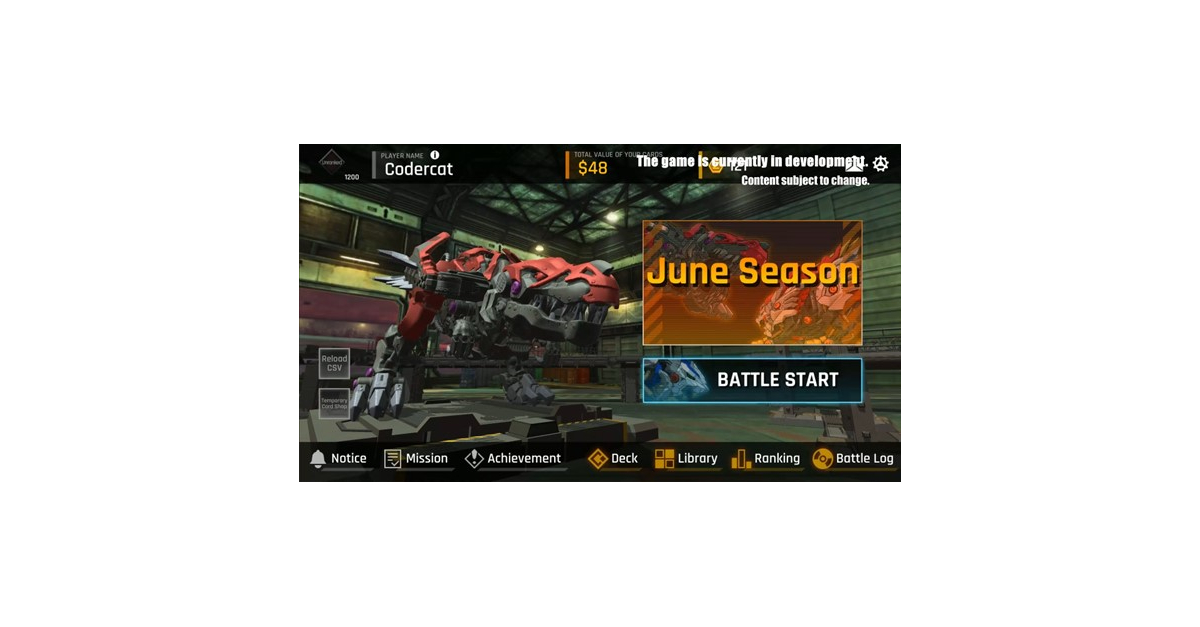 The images show some of the famous characters from ZOIDS WILD reimagined as NFT cards, fiercely fighting each other within a battlefield.

In particular, the game manages to capture both the charm and excitement of the original characters in an exciting new TCG format. It allows players to devise a wide range of winning strategies and uses blockchain technology to create a robust NFT card collecting and trading experience.

Hyungwon Lee, CEO of ACT Games, said, “Our goal is to create a high-quality game that does justice to the popular franchise, and we plan to fine-tune the product to ensure the game reaches the highest possible quality before release.” .”

The ZOIDS series is the first Japanese media franchise created by TOMY Company, Ltd. (TOMY) which was first introduced in 1983 as a plastic model figure. The ZOIDS, in essence, are giant robots, also known as “mecha”, that use dinosaurs and animals as motifs. The name ZOIDS is a portmanteau of Zoic (animal-like) and Android (a human-shaped mobile robot), and the figures are released as “real mobile kits”, where the assembled figures can move in a realistic way by being powered. for an engine. ZOIDS WILD was released in 2018 as the first new version of ZOIDS since 2006.

ZOIDS WILD NFT ARENA is a blockchain trading card game (TCG) that incorporates units from the ZOIDS WILD franchise as NFT cards. The game allows players to purchase and own their NFT cards, using them to battle other players, just like real-life trading card games. The game is published by Z Spot and developed by ACT Games.

If you have any questions about this news release, please contact: ACT GAMES CO., LTD. ([email protected])