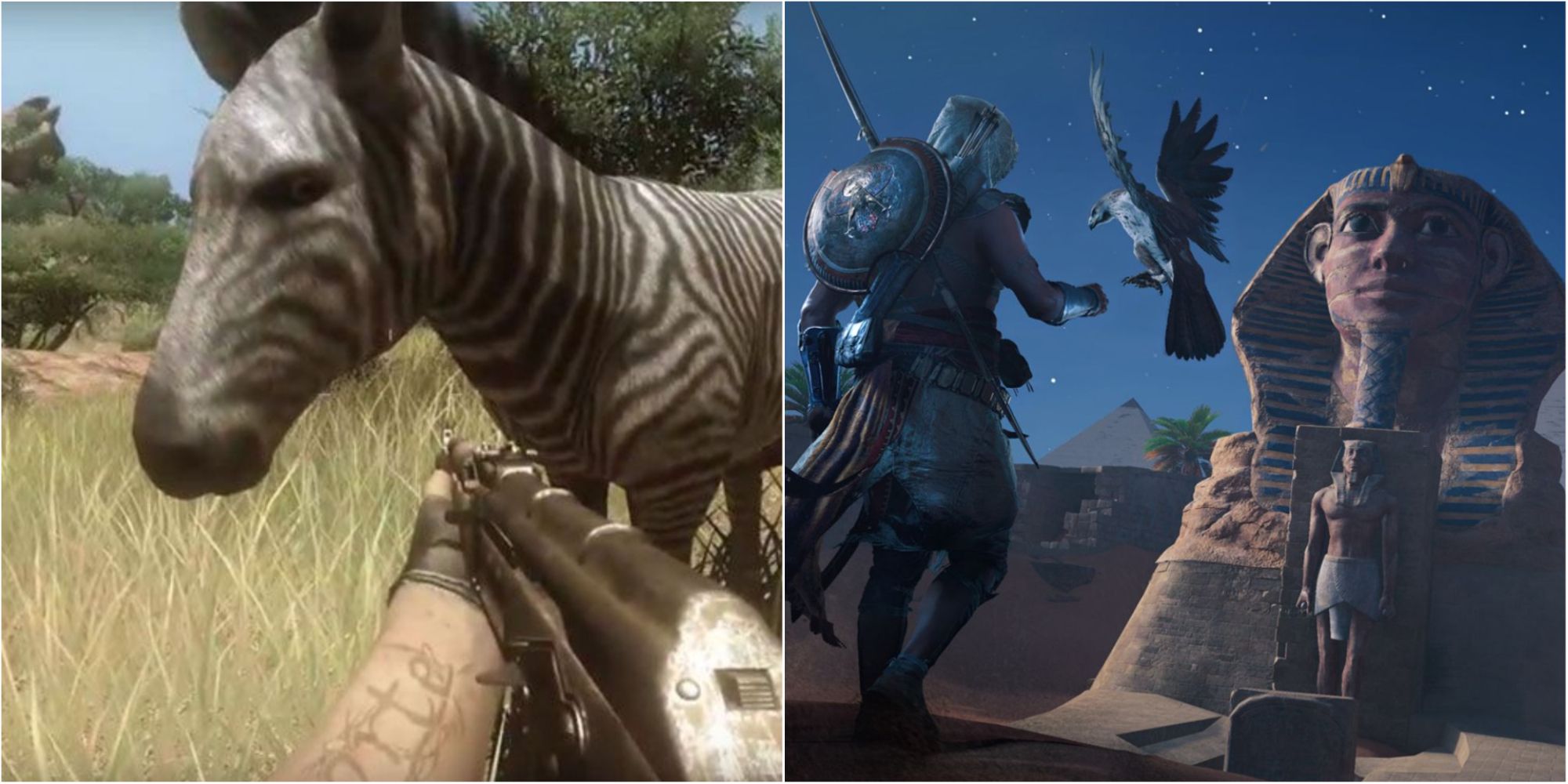 Many games take place in fantasy worlds that are nothing like real places. As a result, there are many different worlds in the games. However, the same level of diversity does not exist when it comes to virtual representations of real-life places.

After all, when developers pick a real-world setting, it’s usually the Americas, particularly the North region. Fortunately, some developers like to mix things up and look to use different continents for their games. For example, several choose to take their characters to various countries in Africa. The following examples are the best games to do it.

While recent games are flashier, some fans consider Far Cry 2 to be the best in the series. In it, you play as a mercenary who goes to an unnamed African country to kill an infamous arms dealer known as The Jackal.

This evil figure is selling weapons to the two rebel groups in the country that are currently engaged in a bloody civil war. The two factions are APR and UFLL. You can side with any of them during the story. The country itself may be a beautiful place, but it has been damaged by all the battles.

The second Call Of Duty game takes place during World War II. And the main story is divided into three campaigns to give you different perspectives of the war. One of them puts you in the shoes of British soldiers operating in North Africa.

Throughout the campaign, you have missions in Egypt, Libya, and Tunisia as the game recreates the conflicts that occurred during World War II. You can’t enjoy many views, as you are continually in battle. As such, every place you go has been visually affected by the war.

Marvel’s Avengers is a live service game that has received many updates over the years, including free DLC. One of them is called War For Wakanda. In it, the Avengers head to the fictional country in Africa called Wakanda.

If you’re not familiar with the Blank Panther comics or movies, the location is an incredibly technologically advanced area that’s effectively powered by a special substance called Vibranium. In this expansion, the resource is a target for Ulysses Klaue and AIM. You can control Black Panther and the Avengers as they try to stop the villains. Along the way, you make your way through Wakanda’s stunning jungles and temples.

The elite sniper known as Karl Fairburne is operating in Africa during Sniper Elite 3. The year is 1942, so World War II is still raging and Fairburne is taking part in the North African conflict. His main goal is to stop the development of a powerful new weapon.

To locate him and locate the person responsible, you have to visit different African countries, such as Libya, Egypt and Tunisia. In the process, you can shoot on open battlefields that are based on those of World War II.

In The Phantom Pain, Big Boss deals with the aftermath of Mother Base’s destruction at Ground Zeroes. In the process, he builds a new base and a new group. To help with the growth of the organization and take revenge on those who destroyed the original, he undertakes a litany of missions.

Some take place in Afghanistan, while many of the others take place on the border between Angola and Zaire. It is not the best time for Snake to visit the African region, as there is a civil war between the UNITA rebels and the MPLA government. During operations, you can visit various fictional locations in the area, most notably the Mfinda Oilfield.

At the beginning of Halo ODST, the protagonist group is separated during a fall. As a result, the rookie of the team has to search around the dark city of New Mombasa, looking for clues as to what happened to his allies.

In real life, Mombasa is a city in Kenya. New Mombasa is a fictional industrial port located on the island of Mombasa in southern Kenya. During the rookie section of the title, it’s hard to take in the environment as everything is so dark. However, you can get a better look at New Mombasa in some of the flashbacks. And it makes it one of the most iconic places in Halo.

The Assassin’s Creed series takes you to all kinds of exotic locations throughout history. Some of the most beautiful areas appear in Assassin’s Creed Origins, as the game is set in Ancient Egypt. And the open world environment means you can freely visit major landmarks like the Pyramids of Giza and the Sphinx.

You visit many of the most interesting locations during the main narrative, which centers around a Medjay named Bayek of Siwa, who is intent on avenging the death of his son. Along the way, you meet historical figures, such as Cleopatra and Julius Caesar.

The first Resident Evil games were set in Raccoon City or in the nearby mountains. However, the fourth and fifth installments transport you to different continents. RE5, for example, is set in Africa. More specifically, Chris Redfield travels to a fictional place called Kijuju in West Africa.

While there, he teams up with local agent Sheva Alomar to stop a man named Ricardo Irving from selling a BOW. During the mission, they have to deal with all the infected zombie-like locals. You can at least visit several interesting places in the process, like picturesque slums and dangerous swamps.

NEXT: The Best Games Set In Europe