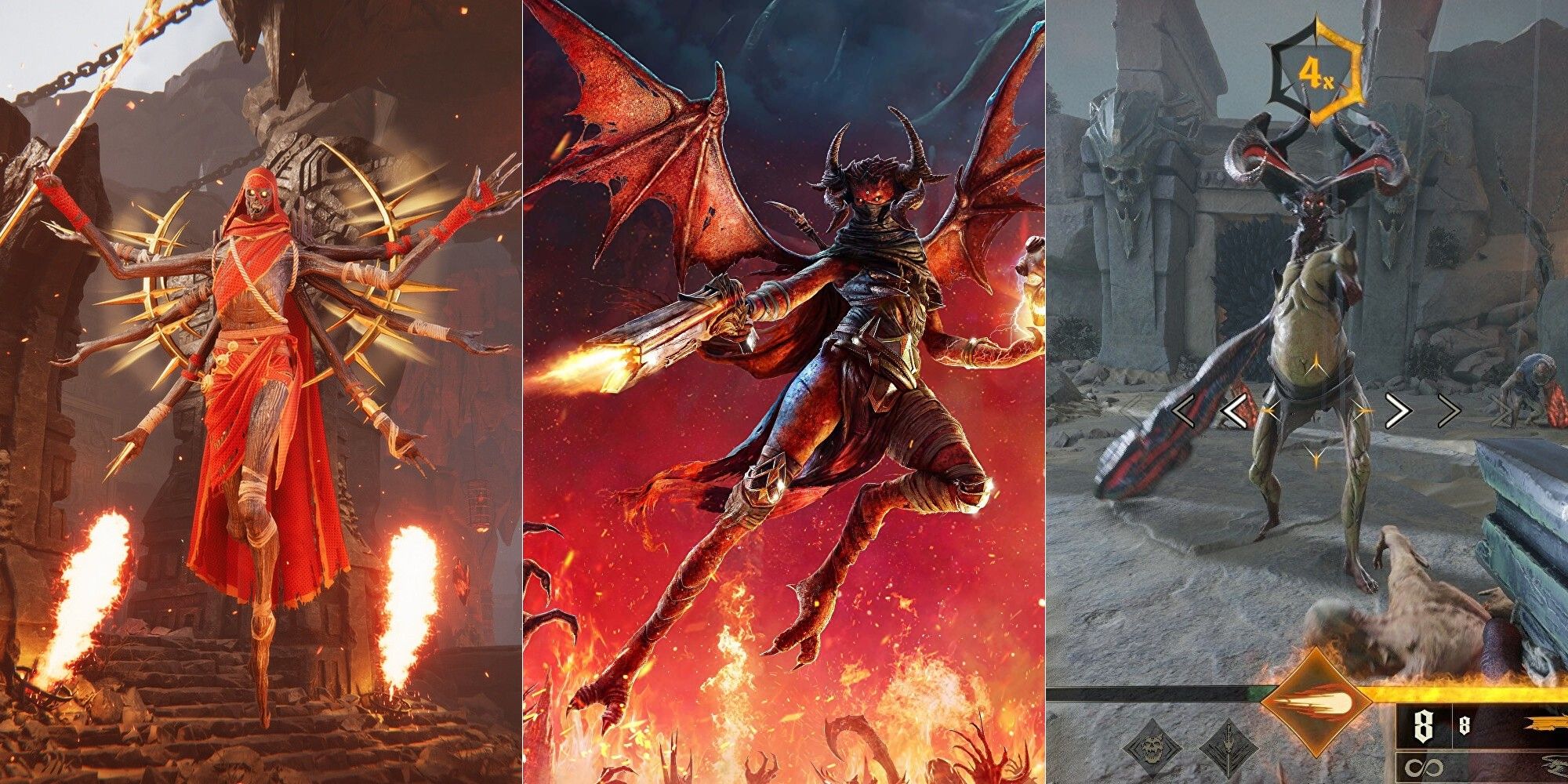 While playing Metal: Hellsinger, it’s hard to imagine that there aren’t similar games on the market. Metal: Hellsinger is turning out to be quite an enjoyable experience, but it certainly didn’t break new ground with its hell-wrecking mission.

Metal: Hellsinger is a fast-paced demon slayer game with an epic heavy metal score that resonates on your TV screen as you shoot to the beat. While innovative in its premise, it’s not the only game with demon hunting or strafing mechanics. If you enjoy Metal: Hellsinger, you will surely like these games too.

6 shadows of the damned

Shadows of the Damned was released on Xbox 360 and PlayStation 3 in 2011. Since its release, the game has had a fairly specific but noisy audience. Almost everyone you know who has played the game is excited about it. You play as Garcia, a demon hunter looking to save his girlfriend from the underworld – a primitive concept initially, but the gameplay and level design are ultimately enough to help this game succeed.

The world is almost like walking into a Rob Zombie movie with his overly vulgar and quirky adversary design. The enemies are deranged and very hit-able, which makes it very sweet when you take them down, and the underlying humor hits most of the time. Damned.

From the original Dukem Nukem to Duke Nukem: Forever, you can’t go wrong with any of them. Of course, there are some better than others, but the general mechanics and themes of shooting games remain the same. If you’re willing to look past the questionable dialogue at times, you might enjoy these titles on their surface level.

Throughout each game, aliens invade Earth and it’s up to Duke to save the world from them. He is a ruthless and successful mercenary with an arrogant and somewhat insufferable attitude at times. That said, there are qualities of Duke that can be liked and if you want to kick back and play a shooter with demon-like aliens involved, the Duke Nukem franchise is a solid choice.

One of the original first person shooter games is Quake. The franchise was recognized during its heyday. So much so, that there was even a Quake-Con that spawned from it. Quake reinvented the way we play video games today with a more aggressive and competitive edge for the experiences we want.

In Quake you play as Ranger, a marine-style figure who must go through sliding doors and defeat the enemies inside. What separated this game from so many others in its time was the movement. Quake demands of you an understanding of movement. Similar to Metal: Hellsinger, if you stand still, you die. Movement is key, and it’s a skill that takes time to master. The faster your speed matches your accuracy, the more successful you’ll be and the further you’ll go within Quake.

If you’re a fan of both horror and shooter games, Darkwatch is all you could ask for. Mix the sparse western genre with horror as you play as Jericho, a gunslinger who turns into a vampire at the start of the game. Darkwatch, in some ways, is the closest thing to playing as Alucard from Hellsing. You are a vampire who fights on the good side and seeks to end all evil in the world. In fact, Jericho is almost as cool a protagonist as Alucard and you feel the same sense of evil while playing as Jericho as you do when watching Hellsing.

Surprisingly for being released in 2005, the game mechanics still hold up. The shot is satisfactory, and the art is acceptable. Demon hunting is a concept that has been said several times, but Darkwatch tries to place it in a different world than the others: a steampunk western society invaded by evil. It is a game that has unfortunately been relatively forgotten and deserves a remaster so that more people can enjoy the fun that is out there.

Unfortunately, Dusk is the most hidden and underrated game on this list. Released on Switch and PC, this is a game that takes everything Quake created and pastes it into a sinister dystopian farmland. When investigators and the military learn of the dangerous ruins in Pennsylvania, they seek to discover its exact location. When found, the ruins take over those who discovered them. Now it’s up to you to enter the farmland and exterminate the evil within.

The game is very similar to Metal: Hellsinger due to its great heavy metal soundtrack and ridiculously fast movement speeds of your character. Like Quake, Dusk can take a bit of getting used to, as the timing of your shots is critical. Progress through each stage to take out the possessed beings lurking within and headbutt the nice score that is played at the top.

There could really only be one game at this number one spot. That is fatality. Doom is a franchise with many iterations. You couldn’t go wrong with any of them, but the best and most modern are the two from Bethesda: Doom 2016 and Doom Eternal.

These games have truly mastered the art of fast paced first person shooters. Everything from movement to the balance of demons attacking you at any given time is a factor in why so many of us gamers revere the franchise. While playing Doom, you will feel absolutely badass. It’s almost impossible not to feel powerful while playing Doom because your aggressiveness is at an all time high. Battle your way through hell with a plethora of weapons and the movement of a God sent to pick off warring demons that roam free.

NEXT: The Most Dangerous Video Game Worlds To Live In