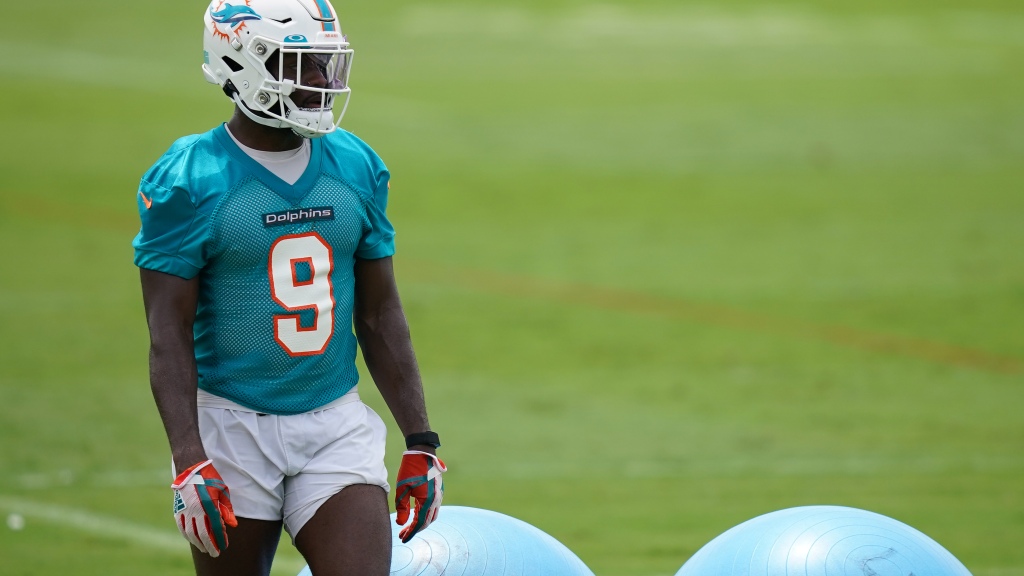 The Miami Dolphins prepare to take on the Philadelphia Eagles during their preseason finale at Hard Rock Stadium on Saturday.

The two teams were expected to hold two joint practice sessions this week, but the second was canceled because several Dolphins were dealing with stomach bugs.

Since this is the last chance for players to prove themselves to the coaching staff and front office before roster cuts, these players really have to put in their best performances.

Coleman, a 2021 seventh-round pick, has been filling the left tackle spot for the first two preseason games with Terron Armstead still coming back from injury, but he’s not looking good.

Armstead has dealt with injuries throughout his career, so the backup tackle job is pretty important to this team. If Coleman keeps getting beaten by the reserves, there’s a chance he won’t make the 53-man roster.

Igbinoghene, a 2020 first-round pick, has struggled in his first two NFL seasons, and while there was some optimism for a jump during the early sessions of training camp, he has slipped back into the roster bubble.

At this point, if the Dolphins wanted to bring in any veteran free agent and drop Igbinoghene, most would agree with that. This could be your last chance to save his job.

Goode feels like the only rookie drafted into the roster bubble at the moment, and it’s really not his fault.

Miami has a lot of depth at linebacker, with several of those spots currently held by veterans. If Goode can show up Saturday, he could steal a job, but if he doesn’t, he’ll end up on the practice squad.

Kohou, an undrafted cornerback out of Texas A&M-Commerce, has put together a decent series of camp and preseason games. The Dolphins’ lack of depth at cornerback has allowed him to showcase his skills and confidence in his game.

If Igbinoghene continues to drop on Saturday and Kohou puts in another solid performance, a case can be made that the rookie should get past the former first-round pick.

At this point, it looks like Williams is on the outside watching the Dolphins’ wide receiver battle. He expressed his displeasure earlier in training camp with his opportunities, but there is more talent in this room than any he has been in during his time in the NFL.

There is a chance that Williams will prove his worth, but he will probably have to get past River Cracraft, Mohamed Sanu and Braylon Sanders and hope the team opts to keep a seventh player in the spot.

Stille is another undrafted rookie free agent the Dolphins signed after the draft and has looked good in these preseason games. In a group that includes Benito Jones, Owen Carney and Niles Scott fighting for a potential depth spot, Stille feels ahead of them all.

If Miami is willing to keep an additional player in this spot, Stille probably earned it, but he can solidify him on Saturday. If not, he’s destined for the practice squad.