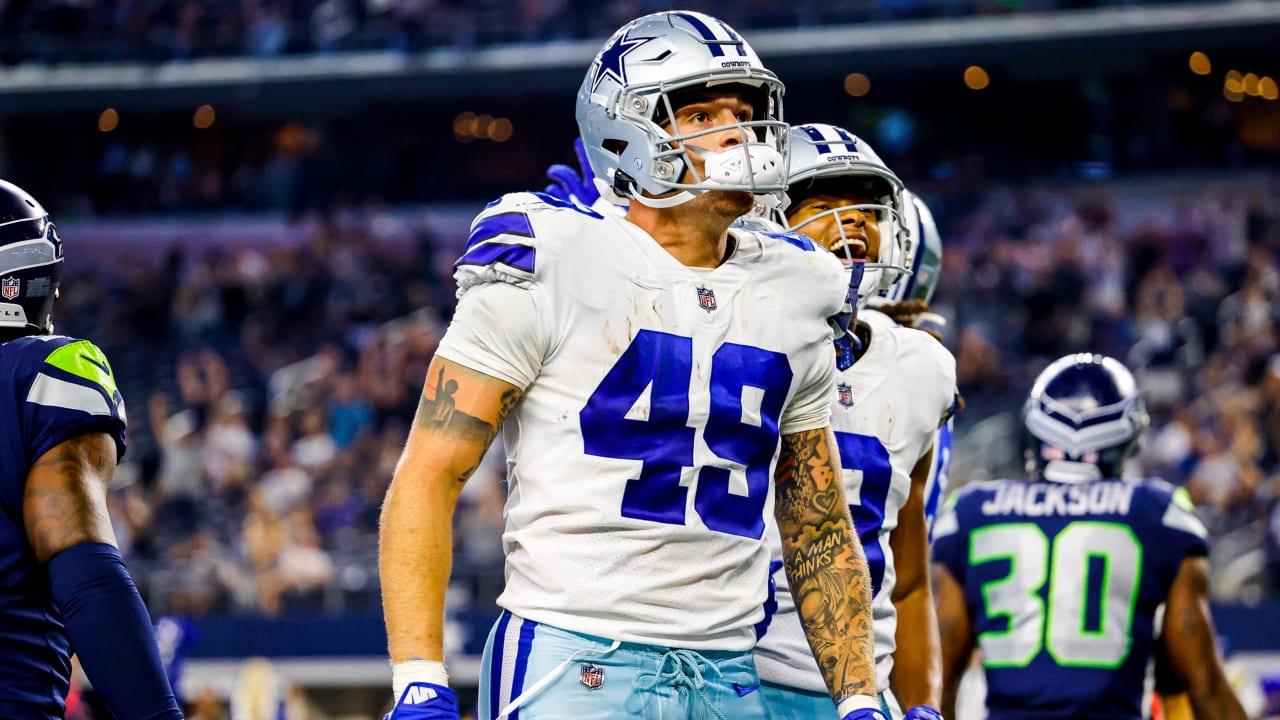 ARLINGTON, Texas – And so the preseason ended. Look at that, it was the shortest preseason in team history, only three games, but why did it feel so long?

That’s what these preseason games are like, especially when the starters don’t even take a snap.

Usually, this last preseason game isn’t too memorable, and I’m not saying tonight’s game was an exception to the rule.

But you will never hear me say that these games don’t matter at all. Someone cares about them, both good and bad.

And yes, this one mattered to a handful of players. So here are my five guys who made the team after this game, in my opinion of course.

marchioness bell – Some of these on the list were probably already on the good side of the fence. Bell is in that category, and it probably would have cost him a bad night not to be on the team. But he was around the ball all night and got an interception of a deflected pass. That was probably the nail in the coffin for him to stay on the 53-man roster.

Israel Mukuumu – Another safety, another guy with an interception. And this makes two preseason picks for Mukuamu, who showed off his range last week with INT, and now showed off his coverage abilities. This guy was already making the team. But now, he’s probably helping his cause to be active on the list.

Brett Maher- Obviously, the kicker situation is very fluid. But there won’t be any more games between now and 9/11, so I really can’t imagine anyone being available to take Maher’s place. He did all the kicks that he was supposed to do. His kickoffs were on point and his only miss, just like last week, was a 60+ yard kick. I’m sorry, but in the regular season, unless it’s halftime or the end of the game, the Cowboys don’t need to kick 60-plus-yard field goals, not with this defense. I think Maher is safe for now.

Malik Davis – This one is hard, but that word is why I think Davis does it – HARD. This guy is a bully and he’s only going to get better. I like the way he catches the ball from the backfield and keeps the pile moving with his strong legs. He’s also pretty good on special teams. I’m not saying they have to cut Rico Dowdle, but they have to make sure Davis is on the roster.

Peyton Hendershot – He entered the game on the bubble, but his touchdown catch probably put him over the top. One thing tight ends coach Lunda Wells likes about him is the speed he possesses on the field. He is truly unique from the rest of the tight ends on the roster. That alone is worth keeping at 53. Now, we’ll see how many tight ends they keep because Dalton Schultz and Jake Ferguson are locks, and then there’s Sean McKeon. They could be left with fewer receivers and four tight ends. But I think Hendershot is one of them.

If you’re wondering about quarterbacks, so am I. I thought Cooper Rush was in the lead the whole time, but now I think Will Grier could have put in a lot of effort. The Cowboys could keep three quarterbacks, but it doesn’t make sense to me. There are too many positions that are too deep to cut and I think they need to make a decision on the quarterback, cut him down to two. If that happens, it makes more sense to keep Grier, who might not survive waivers.

And there are some guys who probably played off the roster as well. Maybe off the practice squad. That’s the beauty of a game like this: there are always people evaluating something.

Again, this is just one man’s opinion, and is subject to change at the end of the weekend. And the same goes for the actual list, which by the way is never final.

But decisions to cut to 53 players will come Tuesday. Those five guys will probably be on it, at least for now.